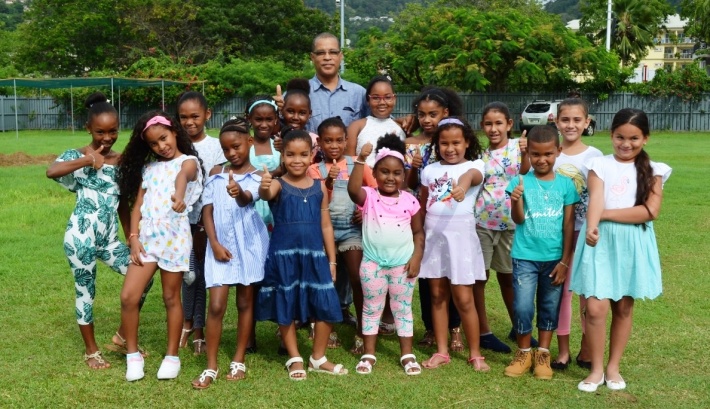 The 16 stars with Sir Bennet ready for action

The selection of performers has been completed this week and it is the first time that we will see 16 stars performing instead of 15.

“The selection was not an easy task. Many children were performing well which made the selection even harder. If I was to give in we would have ended up with 18 stars this year!” noted Bennet Accouche, the creator and artistic director of Twinkle Twinkle Little Star.

Tickets are already on sale at Camion Hall at R175.

“Please get your ticket early to avoid disappointment as when the day of the show approaches, even calling me would not help in getting a seat,” advised Mr Accouche.

As usual the show will also include some surprise numbers and the children’s band.

To recall, this annual children’s show started in November 2000 and hundreds of children have auditioned for the show. Each show is based on a theme with a lavish background décor to depict that particular theme.