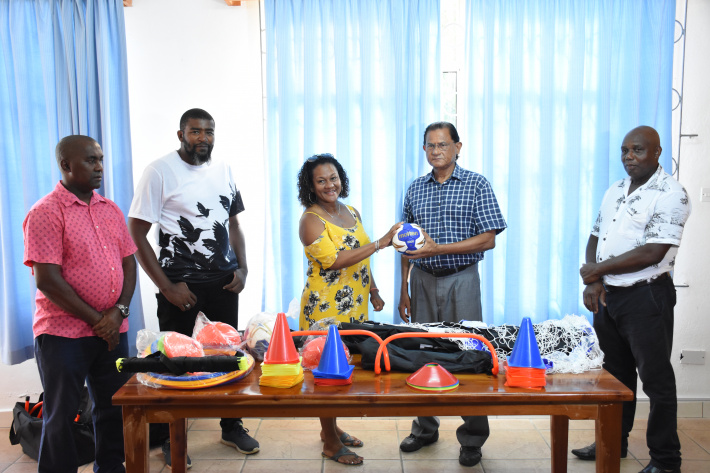 Despite the ongoing Covid-19 pandemic, Socga, through its president Antonio Gopal, has remained committed in its mission to support sporting associations and federations

As it has been the case all over the world, the Covid-19 pandemic has upended the local sporting calendar, with national leagues being suspended in the efforts to limit the spread of the virus.

Even the Summer Olympics, usually one the world’s most-watched sporting events, have been pushed back a year due to the pandemic.

It was on March 18 that the decision to halt all sports-related activities was taken by the National Sports Council (NSC) in line with recommendations of the department of health regarding the Covid-19.

The decision taken was in line with the to-do list of the health department, advising that organisers of large public gatherings, including sports events, cancel or postpone their events until further notice.

The suspension also included the use of all the NSC-administered venues.

Based on the health urgency and priority during Covid-19, a substantial amount of money – R17.051 million – was taken from the NSC budget, affecting the preparations for local and international competitions such as Jeux de l’Espoir, Olympic Games, Marathon Swim World Series (MSWS) and also the allowances paid to high level athletes.

An additional R8 million was deducted, this time affecting renovation projects, including the Roche Caïman swimming pool, the Palais des Sports, Praslin, Anse Royale and also renovation work on the medical unit of the NSC.

In order to function again, local sports federations and associations were asked to come up with strategic planning against the backdrop of the Covid-19 and the ‘new normal’, while nothing less than a government-approved action plan and related guidance on playing safely allowed them to operate.

Speaking to Sports NATION, NCS chief executive Jean Larue explained that firstly, the pandemic has prevented athletes from taking part in international competitions after much effort in preparations, including financial investments.

He noted that the athletes’ morale was destabilised, especially after targets were set and standards were reached before Covid-19 put everything on halt mode.

Mr Larue further added that the condition also affected high-level athletes who were on overseas training.

Nationally, he explained that most federations were affected and were not able to table a yearly calendar, apart from small championships by some.

Even with the resumption of sports activities, Mr Larue explained that since fans, or spectators were not allowed at venues, the situation had a negative effect as sports bring people together, especially at social level.

As for the future, Mr Larue explained that with the new normal, the NSC is going through a transition phase, especially now that it is working under a new sports minister and new approaches.

To ease that process, the Sports Act is being revised, absorbing new essential elements, especially compliance, risks and harassment and is presently at the Attorney General’s office

The revised Act, he said, will ensure that all sports governing bodies are being run according to their constitution and in case of failure will not be assisted by the NSC.

Regarding compliance, Mr Larue noted that they are now working closer with the Office of the Registrar.

Another new element is the prioritisation of sports disciplines, putting emphasis on Olympic sports and also those whose federations and associations have strong development plans and are also compliant.

He said a new compliance section will be set up within the NSC to ensure that all local sports governing bodies are being run according to the books.

Mont Fleuri-based Foresters completed the league and cup double this season, clinching the SeyPearl Premier League and the Seychelles Football Federation (SFF) Cup, while St Michel were the winners of the 2020 Airtel Cup.

In the SFF Cup final, Foresters defeated Praslin side Côte d’Or 4-2, while in the Airtel Cup final, St Michel beat St Louis 2-1 to clinch the title.

Côte d’Or have however retained the President’s Cup thanks to a 1-0 win against Foresters in the curtain-raiser match of the 2020-2021 season played at Stad Linite, where the gates were finally re-opened to fans and spectators following strict restrictions due to the Covid-19 pandemic.

The SFF received the green light, but under very strict conditions after the football body successfully presented its standard operating procedure (SOP) which is a set of step-by-step instructions compiled by an organisation to help workers carry out complex routine operations.

In fact, the SFF decided to suspend all its activities and locked down all its facilities, on Mahé, Praslin and La Digue before the official announcement was made.

The suspension included all football activities, from the national leagues, women’s football, national team training, up to grassroots level, including interschool competitions.

During the lock-down period, the headquarters of SFF or Maison Football as it is most commonly known, was handed over to the department of health and the rapid response unit of the department of risk and disaster management (DRDM).

According to the secretary general of the SFF Georges Bibi, it was normal and lawful to assist the authority in case of an emergency or national disaster, since they were approached regarding possible assistance.

After more than a year in limbo, local basketball got back on its feet in 2020, following the election of a new executive committee headed by Jean-Guy Alphonse who regained the federation’s hot seat after losing it to Terry Celeste in 2017.

Alf Aglaé is the SBF’s new secretary general, while Valli Ismaël has assumed the role of treasurer.

The meeting was attended by Terrence Barbé, the director for sports management and development within the NSC.

Not new to the job, Mr Alphonse acknowledged that it will be a big challenge, which he said can only be successfully achieved through team work.

Despite the ongoing pandemic which is affecting every facet of life, including sports, the local Olympic body remains committed in its mission to support sporting associations and federations, its president Antonio Gopal has said.

He made the statement on several occasions during various presentations of sports equipment to different local sporting federations and associations during the year.

He also noted that despite the postponement of the Olympic Games, the allocated fund to athletes and sports federations is still available and it will be up to the local sports governing bodies to come up with their strategic plans on how to invest and benefit from the funding.

The funding comes from the annual budget Snoc receives from its parent organisation, the International Olympic Committee (IOC).

Since 2006, mostly all local federations and associations have benefited from Snoc’s donation which is US $4,000 for each sport’s governing body.

The money comes from the Olympic Solidarity initiative budget and is given to all National Olympic Committees.

Despite the difficult season, men’s league division one side Premium Spikers managed to grab two titles from the two major competitions organised by the Seychelles Volleyball Federation (SVF) in 2020.

Firstly, coach Didier Dugasse guided his team to victory in the final of the SVF Shield competition which acts as the curtain-raiser of the new season, while their second exploit was in the traditional Land Marine Cup. Both victories were registered over Neo Boyz.

In the women’s competitions, rivals Arsu and Cascade shared the silverware, winning one title apiece.

Badminton: Alissen Camille wins three titles at the sole tournament of the year

Alissen Camille excelled in the finals of the Rajaganapathy Store Badminton Tournament ‒ the only competition organised in 2020 ‒ played at the La Promenade Gymnasium. She grabbed all three titles available ‒ women’s singles, women’s doubles with partner Luo Xiang and mixed doubles alongside Luo Jie.

In the women’s singles final she faced Luo Xiang and had no difficulty sweeping her aside 2-0 (25-5, 21-4) to take home the title.

In the women’s doubles, she and Xiang were up against veterans Johana Didon and Shirley Etienne whom they beat 2-0.The set scores were 21-14 and 21-18. 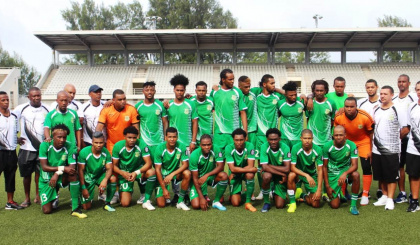 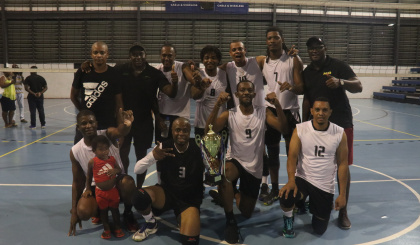 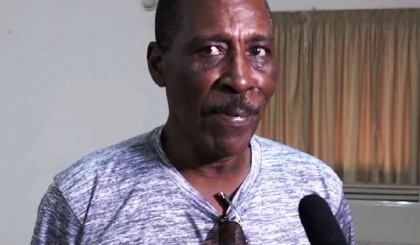