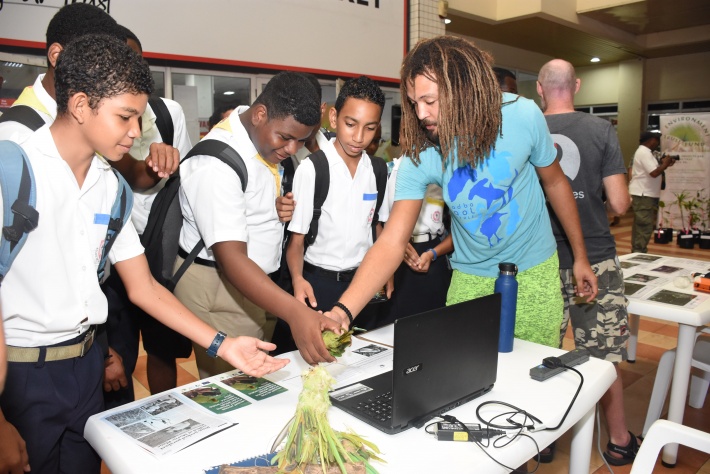 Established on May 4, 1994 with the objective of ensuring sustainable and reliable financial support in the environment field, the Environment Trust Fund (ETF) commemorated its 25th anniversary on Friday with an exhibition.

The exhibition which took place at Orion Mall is the first in a series of activities to be organised to celebrate ETF’s quarter of a century.

It was the Minister for Environment, Energy and Climate Change, Wallace Cosgrow, who officially opened the exhibition which displayed numerous past, ongoing and future projects funded by the ETF to non-profit organisations, community based organisations, government agencies and other institutions.

ETF has impacted on every Seychellois’ lives, directly and indirectly, through its support and funding for environment awareness and activism programmes, sustainable developments and initiatives to protect, preserve, and improve the environment.

According to ETF chairperson, Dennis Matatiken, the fund disburses an average sum of R7 million per year in these diverse projects and programmes.

“The Environmental Trust Fund was established as a special fund in 1994 under the Public Finance Management Act with the objectives of reducing pollution, protecting the environment, beautifying Seychelles and promoting environment education.

“Around the same time some key environmental NGOs were being formed; the NGO sector necessitated funding to implement their projects and the Environmental Trust Fund was one of the financing organizations,” said Mr Matatiken.

He noted that the ETF has grown and improved from its founding years to fund projects that impact positively on communities.

Mr Matatiken remarked that ETF is currently financing the LWMA with a shredder which is expected to reduce the amount of waste on the landfill.

Stephen Bonne, landfill officer at LWMA, later elaborated that the shredder is expected to arrive in one or two months’ time and is costing a whopping R8 million.

As he continued his speech, Mr Matatiken noted that the ETF is also presently financially supporting a pilot project on sustainable charcoal manufacturing on Praslin and last year funded upgrades of nature trails on La Digue.

“We will continue to fund eco-school programmes because education and awareness programmes have always been a priority for the ETF,” Mr Matatiken highlighted.

The occasion also saw the presentation of a commemorative magazine to Minister Cosgrow as well as to the former minister for environment, energy and climate change, Didier Dogley, who is now Minister for Tourism, Civil Aviation, Ports and Marine.

ETF will be organising a symposium in the coming months and will be diffusing a documentary on its history and efforts on the national broadcasting channel, SBC. 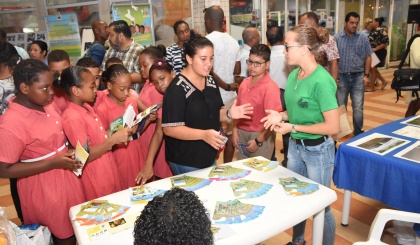 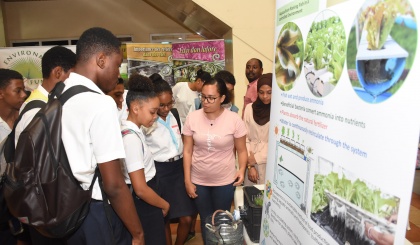 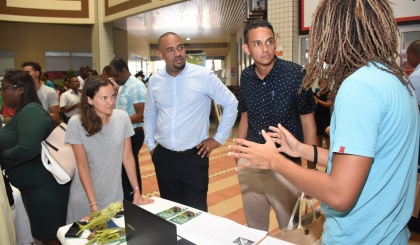