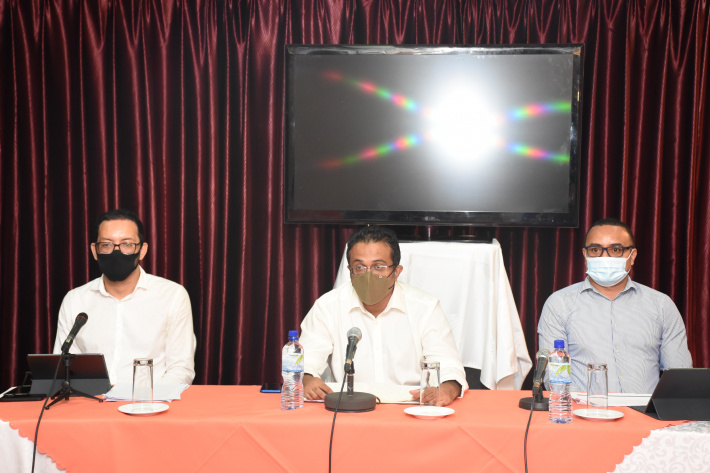 Despite the substantial projected government deficit of R4.5 billion, public servants are to be spared from salary cuts and will be paid their salaries at least for the first three months of the year.

This was revealed by the Minister for Finance, Economic Planning and Trade Naadir Hassan yesterday.

Speaking at a press conference held at ICCS, Minister Hassan outlined numerous mechanisms by which government is seeking to raise funds in order to meet its immediate financial obligations, including salary payments for employees within the government, which totals in at just under R3 billion annually.

“The ministry of finance is working on a mechanism to raise finances to cover all of its dues in the first quarter of the year. One thing I will say is that if the Ministry of Finance fails to take any measures to raise financing, we will not have money to pay salaries for the next quarter. So, we are doing some work to raise financing, so we know at least for the first quarter of the year the government can meet all of its debts and obligations. And in the first quarter that we will be doing this, we need to start having some measures to kick-start our economy, because if we do not kick-start our economy, 2021 is going to be a very, very tough year,” Minister Hassan stated.

In order to raise finances, the government is exploring numerous options including issuing a domestic bond, also exploring the possibilities of issuing a foreign currency bond to the advantage of both Seychellois and foreign investors as lower interest rates apply to foreign exchange bonds.

Additionally, government is holding discussions to restructure external debts and create fiscal space by pushing repayments for future periods, as well as engaging in discussions with the International Monetary Fund (IMF) for budget support, a relief measure whereby IMF provides financial support to economies faced with a financing gap in the budget, until the economic situation stabilises.

Still on the issue of employment within the government, Minister Hassan remarked that the annual budget allocation of just under R3 billion for salaries and wages of governmental employees is not sustainable in the current economic climate, implying that such an allocation might be significantly reduced in the upcoming budget presentation.

“The government spends just under R3 billion in wages and salaries. So you can imagine on a total budget of R12 billion, around R3 billion is just for salary payments. Why? Because we have a government structure that has a lot of departments, lots of duplication, and when you have this, you have to pay people, you have rent, utilities, transportation for all the departments, meaning costs accumulate and expenses increase. A simple example, just within the government we presently have over 100 boards each with an average 7 members, all of whom need to be paid. A lot of duplication needs to be analysed to reduce these expenses,” he said.

While salary cuts are not projected just yet, the situation remains dynamic and could be subject to changes in the following months, with redundancies and salary cuts a possibility if the country’s economic status does not improve drastically, acknowledged Minister Hassan.

Minister Hassan was accompanied during the press conference by secretary of state for finance Patrick Payet and principal secretary for finance Damien Thesee. 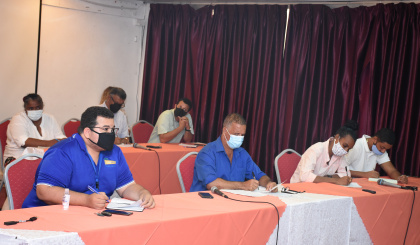