Covid-19 vaccination programme Some 7,000 people have taken their first doses so far |18 January 2021 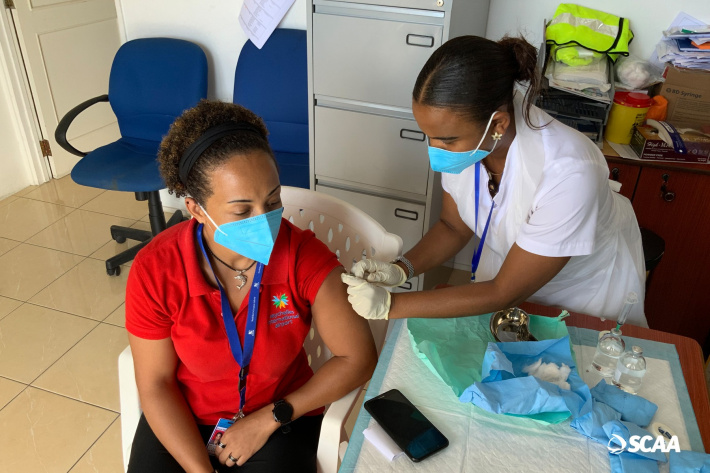 According to health officials, an estimated 7000 people – Seychellois and expatriates alike – have received their first doses of the Sinopharm Covid-19 vaccine since the programme started last Sunday up to Saturday, January 16.

The manager for the Extended Programme for Immunisation (EPI), Florida Bijoux, told Seychelles NATION that about 4000 people had been vaccinated by the end of Friday January 15 while over 2000 were recorded on Saturday.

The vaccination drive was kicked into full gear with additional vaccination centres at workplaces such as the Thai Union IOT factory, Seychelles Civil Aviation Authority (SCAA), Hunt Deltel and Land Marine, where vaccination of staff started on Saturday.

IOT’s inoculation programme in particular targets 2000 employees and, by Saturday, almost half of its human resource had received their first dose of the Covid-19 vaccine. The tuna processing plant continued vaccination throughout yesterday.

Other centres that were open during the weekend were at Yellow Roof, Green Roof, ICCS, Anse Royale and La Digue.

Mrs Bijoux confirmed that La Digue recorded around 300 persons inoculated from Friday up to Saturday evening.

She further explained that the vaccination team on the third largest island is appealing to everyone on La Digue to come forward to be vaccinated, as the team will remain on the island this coming week.

“La Digue is a small island and so we are not only calling on those in essential services, but anyone on the island who want to be vaccinated. It costs a lot to bring a team to the island so they might as well vaccinate the most people possible when they are there,” said Mrs Bijoux.

On Wednesday January 13, the Ministry of Health had administered nearly 2000 vaccination and the increase to an estimated 7000 in the space of three days has been described as satisfactory.

According to Mrs Bijoux, health authorities did not encounter much logistical challenges during the weekend vaccination initiative.

Mrs Bijoux also stressed that the vaccination centres at the Yellow Roof and Green Roof at the Seychelles Hospital will now remain open throughout the coming week. These centres had been expected to close down while two others were to open at Anse Royale and Grand Anse Mahé.

Mrs Bijoux confirmed that they will forge on with the opening of the Anse Royale and Grand Anse Mahé centres, as well as that for the Seychelles People’s Defence Forces (SPDF) this week.

Seychelles is targeting to vaccinate around 70% of its population, a figure that would account for 67,000 to 70,000 persons. 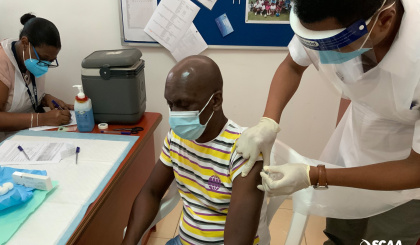