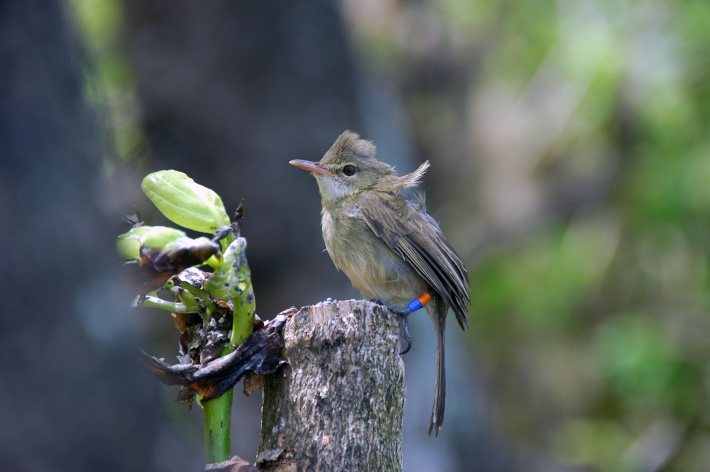 Young Seychelles warblers fare better if their elderly parents have help raising them, according to new research on Cousin Island Special Reserve from the University of East Anglia (UEA) and the University of Groningen.

Seychelles warblers, a cooperatively breeding species of songbird that lives in small family groups, share the care of young between parents and helpers. This collaboration can compensate for a decline in the ability of elderly parents to provide sufficient care, the researchers found. It may also promote more social behaviour in family groups with older parents.

The findings help explain why social species, such as humans, often do better if they live in groups and cooperate to raise offspring.

The study was conducted using data collected on individual Seychelles warblers studied on Cousin Island, a tiny island in the Seychelles, over the last 30 years. Cousin Island was purchased by BirdLife International in 1968 to save the Warbler, then one of the world's most endangered birds. The research was led by researchers at UEA and the University of Groningen in the Netherlands, in collaboration with the University of Sheffield and Nature Seychelles (BirdLife Partner in Seychelles).

The paper, ‘Helpers compensate for age-related declines in parental care and offspring survival in a cooperatively breeding bird’, was published on January 19, 2021 in the journal Evolution Letters.

Prof. David S Richardson, from UEA’s School of Biological Sciences, is senior author of the paper. He said: “In many animal species, offspring from ageing parents do not survive as well as offspring from younger parents.

“The cooperative nature of Seychelles warblers means care for offspring is often shared between the dominant breeding pair and a variable number of adult subordinate helpers that assist with various aspects of rearing, including providing food for the offspring.

“The amount of care that dominant breeders provide is reduced when they are assisted by helpers and this lower parental investment can improve the parents’ own survival and future reproductive output.”

Furthermore, the additional care from helpers reduces offspring mortality. The chances of survival of juvenile offspring declines progressively with age of the mother bird, but these declines are mitigated when helpers are present. This effect does not arise because individual helpers provide more care in response to the lower provisioning of older dominant females, but because older female breeders have recruited more helpers, thereby receiving more overall care for their brood.

Dr Martijn Hammers from the University of Groningen is first author of the study. He said: “Such late-life fitness benefits of breeding cooperatively lead to the prediction that older parents should be more inclined to recruit helpers to improve both their own survival and that of their offspring.”

This work was supported by the Natural Environment Research Council. 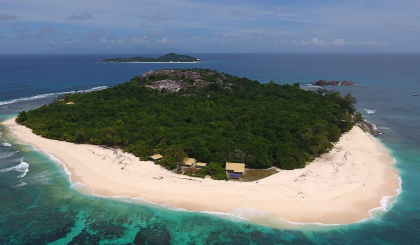 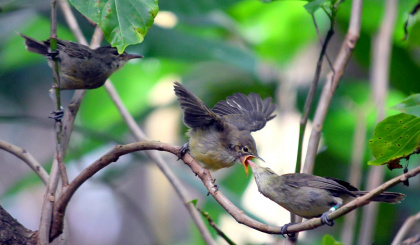 Warblers share the care of young between parents and helpers (Photo: Charli Davies)