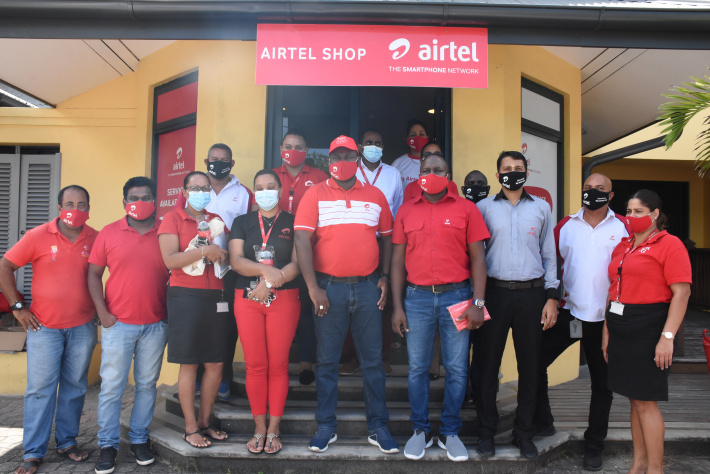 Local telecom operator Airtel has brought its services closer to its customers in districts across Mahé with the opening of six new branches yesterday.

Airtel Seychelles’ managing director, Amadou Dina, received the honour of cutting the ribbons and officially opening all of these Airtel shops yesterday, starting at Anse Royale.

The shops’ opening hours on weekdays are from 8am to 6pm while in the weekends, Saturday and Sunday, the shops will close at 3pm.

Mr Dina explained that the Airtel shops are part of Airtel’s ongoing initiative to decrease the number of people at its main branches, particularly in Victoria.

“Since the beginning of Covid-19, we realised that we had to find different ways and approaches not to get crowds at our existing showrooms,” he explained.

Some of the other steps taken in that effort have been the launch of the My Airtel app, which allows users to recharge their mobile, pay bills and transfer money, and the Airtel kiosks.

Nonetheless, Airtel kept seeing long queues of people at its showrooms and hence decided to open branches in various locations where they have huge customer base.

“We have decided to open six new branches in the first phase[…] there will also be branches on Praslin and La Digue. The idea is that those customers do not have to come to town, or Eden or Providence anymore, they can benefit from the same facilities and services.”

With the increase in customer service outlets, Airtel has placed itself as the only telecom company to have a large number of branches in all of the regions of Mahé, as well as on Praslin and La Digue later on.

“We are also now expanding our working hours to 6pm and even open on Saturday and Sunday. Our customers can make use our services at their convenience.”

He stressed that all of the company’s services will be made available at the shop, from e-top recharge to bill payments to queries. 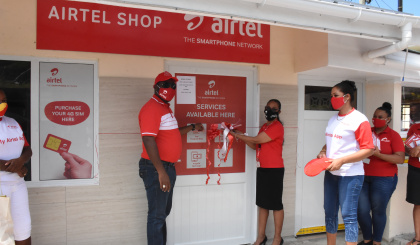