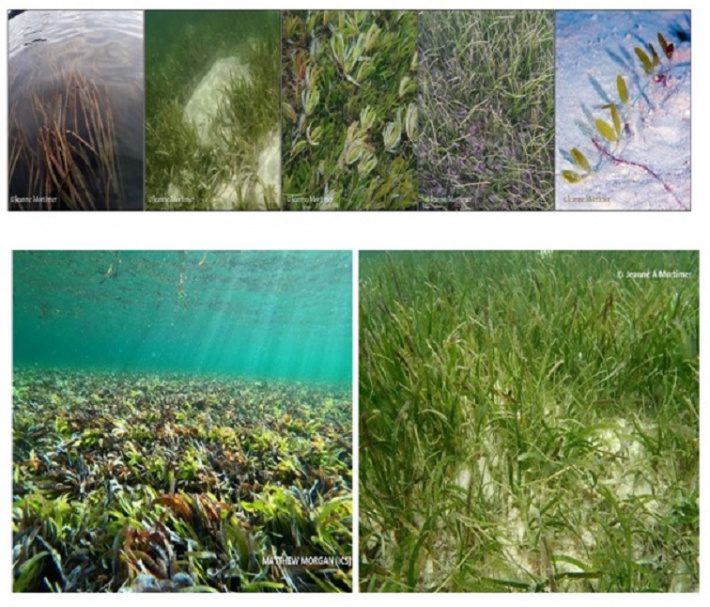 The Seychelles Conservation and Climate Adaptation Trust (SeyCCAT) is inviting members of the public to try and come up with Seychellois creole words for seagrass and its five lifeforms.

The campaign, which started on March 1, aims to establish if there are verbal references made to seagrasses which have gone undocumented over the years. To date, there is no official creole word for seagrass, unlike that for seaweed, which is ‘gomon’.

At the end of the exercise, proposed names will be submitted to the Creole Institute of Seychelles for review by the Creole Language Committee.

SeyCCAT hopes that before the end of 2021, Seychelles would have its own word for ‘seagrass’ and for each of its five lifeforms.

On Monday this week, SeyCCAT joined the rest of the globe in commemorating the start of Seagrass Awareness Month. To mark the occasion, an exercise was launched to gather information on creole words and terms associated with seagrass and its five lifeforms.

The exercise, which will be conducted in various phases, will include consultations with various groups in the community – from scientists to fishermen, to the elders as well as the population at large. With the restrictions imposed due to the Covid-19 pandemic, much of the work will take place online and through various media outlets such as radio and newspapers.

Most people in Seychelles do not distinguish between the various species of marine plants and instead tend to call all of them ‘gomon’. It has been noted, however, that some people do use different names for certain marine plants, with seagrasses being one of them. These different names will be recorded as part of this exercise.

This is an important activity under the SeyCCAT ‘Coastal Wetlands and Climate Change Project (CWCCP)’ which started at the beginning of 2020. Aside from the field work and research into seagrass ecosystems which the project is undertaking, enhancing public awareness is also part and parcel of the project. The importance and benefits these ecosystems provide us need to be understood and appreciated by all Seychellois so that as a nation, we can effectively assume our role as their caregiver and protector in the years to come.

Designating an official word for seagrasses may seem like a basic exercise but it is a fundamental step in incorporating this ecosystem into the daily lives of Seychellois. A creole name is expected to increase the relatability with this marine plant which has in the past been overlooked.

SeyCCAT is calling on anyone who may have any knowledge or information which may help in this exercise to get in touch. A short survey, depicting general images of seagrasses as well as those of the five lifeforms in their natural habitat is being circulated and can be downloaded on the SeyCCAT website.

Seychelles engages in major clean-up activity ahead of Easter |26.03.2021