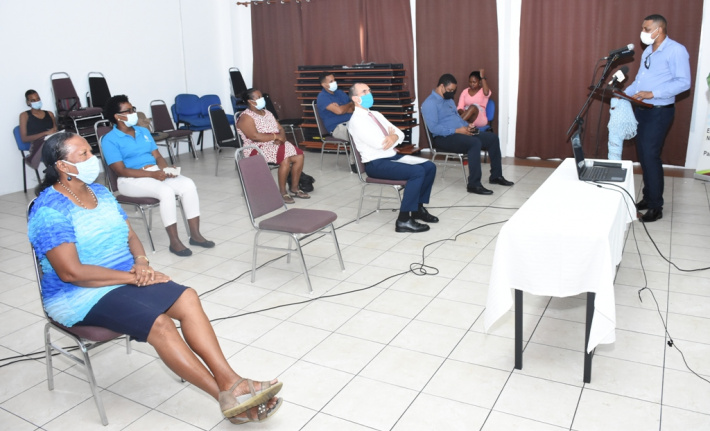 The project, which was launched in 2018, sought to reduce and alleviate gender-based violence, a phenomenon which according to the European Institute for Gender Equality (EIGE) is deeply rooted in gender inequality, and which continues to be one of the most notable human rights violations in all societies including Seychelles, where many women and girls are victims of abuse.

According to project coordinator Albert Duncan, the project aimed to improve the quality of life and dignity of vulnerable women, increase their access to opportunities, and enable them to better integrate into society, through three main strategic objectives, including the strengthening of administrative and legislative frameworks to reflect international standards for better protection and integration of vulnerable women, and to develop and strengthen human and institutional capacity for delivering specialised and adapted programmes, services, care and support to vulnerable women.

Furthermore, it sought to engage the general public to better understand and be sensitive to the rights of vulnerable women among the general public, through awareness campaigns on television, radio and national media.

Mr Duncan, the only male official involved with the project, during yesterday’s ceremony highlighted the notable outcomes of the project including the passing of the Domestic Violence Bill passed in 2020, and capacity building and training of members of the police force, social workers and university law students by international consultants, to raise awareness and educate these frontline workers as to the existing laws and policies related to vulnerable women, as well to better prepare them to identify and deal with cases of domestic and gender-based violence going forward.

Additionally, Mr Duncan noted the production of a short documentary on domestic violence, aired on public broadcaster SBC, the distribution of information education communications on gender-based violence, and a Ceps-produced case study on the condition of substance abusing mothers as perceived by the mothers themselves.

The crisis shelter, which became operational in 2018, offered support and services to women who have made a decision to leave a violent relationship, providing them with a safe haven where they can get health, legal and counselling among other professional support, to aid them start afresh. At the shelter, victims could access specialist services, and be connected with ongoing support for court, health and other issues. Shelter addressed certain gaps in the service provided to victims in immediate danger, by providing them with somewhere to go. Despite the shelter being for 72 hours, certain individuals remained at the centre for up to a month, said Mr Duncan, and were also assisted with follow-up services when necessary.

Even after opening in November 2018, the centre did not see its first clients until 2019, on account of problems with referrals from other concerned agencies such as the police and social affairs.

As for 2020, the shelter received 12 residential and 20 non-residential clients.

Speaking of the challenges faced throughout the project, Mr Duncan noted that besides challenges in referrals and in partnership with other agencies, and scepticism about the crisis shelter, Ceps was also faced with lack of resources, as they had not been allocated a budget for transportation of clients, nor to cater to children within the facility.

Chief executive of Ceps, Michel Pierre, in his opening remarks, noted that while the Seychelles Constitution, national laws and policies, such as the Misuse of Drugs Act 2016, Family Violence (Protection of victims) Act, the Employment Act 1995 (amended in 2006) the situation of women in Seychelles is deteriorating.

“More and more women are witnessing violence, and are becoming prey of drug abuse. This situation is preventing women either from taking up employment, and for those working, is considerably imposing on their efficacy at work, translating into reduced income,” he said.

“According to the 2017 gender analysis, poverty in female-headed households is substantially higher than poverty in male-headed households. Seychelles being a matriarchal society where single-motherhood is norm rather than the exception, this gives an idea of the extent of the problem,” Mr Pierre stated, calling out to partners and government to establish a permanent shelter for victims of gender-based violence and to prioritise such matters as priority.

French ambassador and President of the European Union (EU) in Seychelles, Dominique Mas, for his part said the EU is very pleased to have been associated with the project which fights against domestic violence.

“By providing the first shelter, the project has left the footprint in domestic efforts to save women’s lives and to restore their dignity. It is also in line with the recommendations of the Gender Analysis financed by the EU last year, whereby one of the objectives by the government of the EU is to free girls and women from all forms of violence, both in the public and private sphere,” he said.

“The fight against domestic and gender-based violence is a key component of the EU foreign policy. The EU is a strong believer in the significant role that civil society can and should play in this national fight against gender-based violence. We are pleased with the dynamism and commitment of Ceps,” Ambassador Mas stated, thanking all those involved with the project, and affirming on behalf of the EU, commitment towards the national fight.

According to ‘In Seychelles’, statistics indicate that for the first three quarters of 2019, three hundred and fifty-six (356) family violence cases were registered before the respective tribunal, a figure which is higher than that of the previous year. 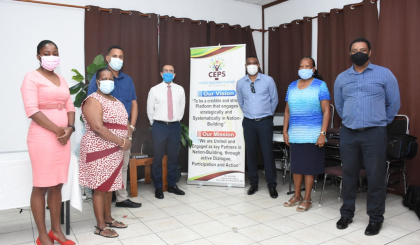