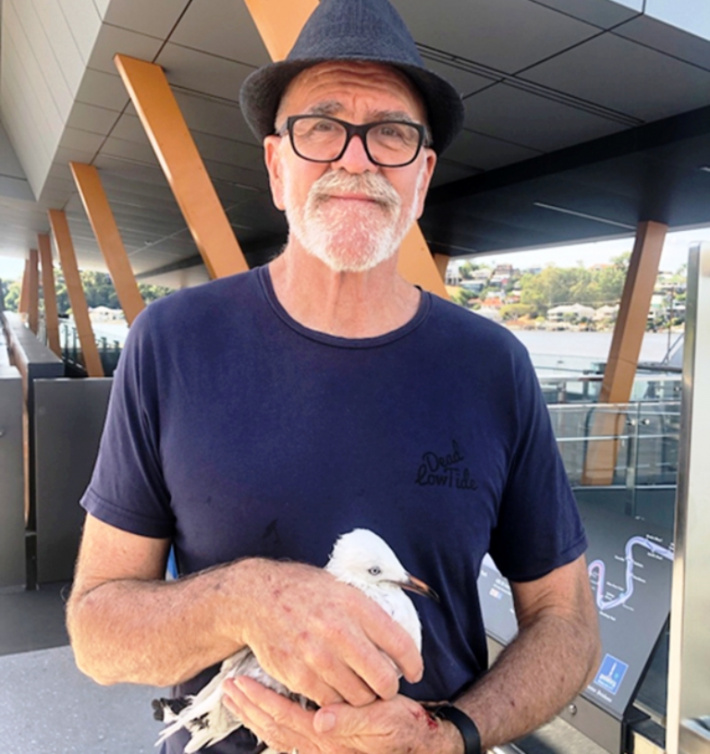 A. E .(Anthony) Lovell, the author of the poem

George, the most charismatic and most famous of Cousin Island's Aldabra giant tortoises, had a poem written about him last week. He is of course blissfully unaware of his fame and is back on the island minding his own business. We publish this poem on his behalf. With thanks to A.E.(Anthony) Lovell.

‘The Tribe Endangered’ No. 1. George

Elder statesman of the tribe

In another verse, but here he is again

He lives his life on a beach

At a giant tortoise pace

In his mobile helmet home

OK, because that’s what he is

And that’s what giant tortoises do

The same driving rules as us all

Hunger and passing on genes

Links in an unbroken chain

But his cousins had theirs broken

Eaten out of house and home

But what’s in a name?

A being worthy of living a life

Left to his own devices

Doing what giant tortoises do

Looking at the sea and sky

Or a rather attractive slow-walking rock

Hiding away when it gets too hot

More than a hunk of a ‘living rock’

Who likes to break things

Plodding around for longer than us

Living more than a hundred years

Some even two or longer

On his island paradise

His home long before they were known

George and his kind

Are not strictly endangered

Just limited in numbers and range

George is safe when tourists are around

Contributing to upkeeping his home

Going into battle with a rival table

Or a pretender barbecue

Upstart, to be upturned

Or was that just an amorous advance?

Either way, short-sighted at a glance

Visiting his island keeps him in home

He carries his own house

Then visitation dried up interminably

That story can’t be told in one line

Just now begins the trickle back

Only two threats now are known

Or any change to his home

That threaten his shores, not alone

George may well outlive us

Your money is your proxy

Until you can greet him personally

It’s up to the rest of us in our homes

To ensure his home remains

For George to keep doing his thing

Master and Commander of his islandship

Defender of the realm of living rocks

Legend in his Aldabran mind

So remember to mind your table! 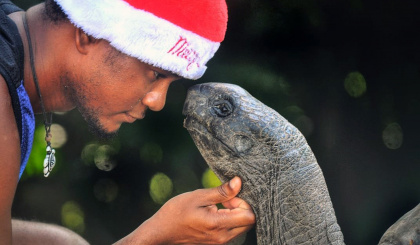 He is family for Cousin wardens. Here with Christopher Mahoune 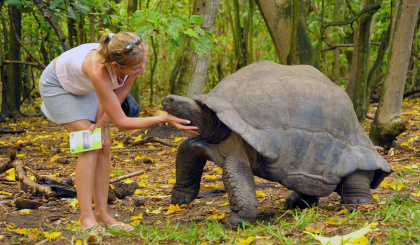 He is a favourite of visitors (and he knows it) 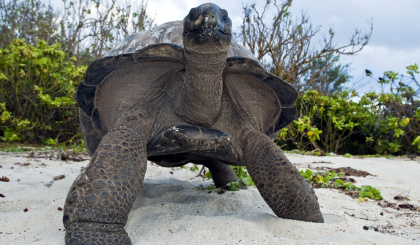 George is without a doubt the king of Cousin