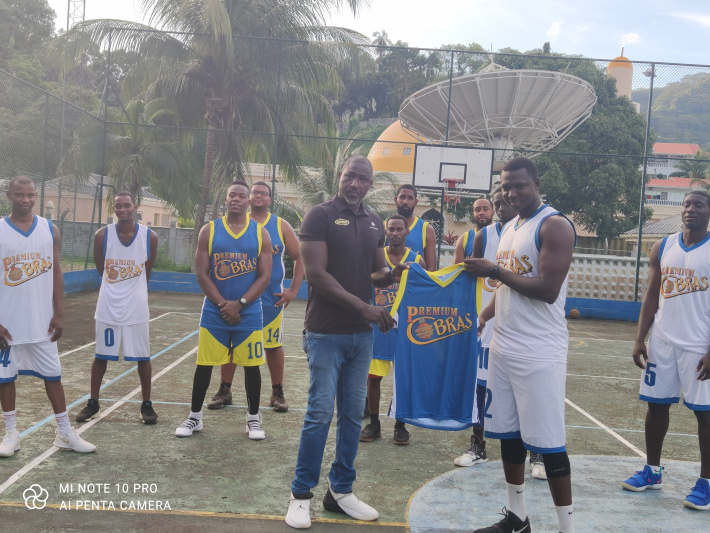 The handover of the uniforms set

In a small ceremony at the Exiles Club basketball court yesterday afternoon, former Premium Cobras player Simon Pusam, who also originally hails from Nigeria like Dr Ben Peters, made the presentation on behalf of his fellow countryman to the Club’s captain Ahmadou Sylla in the presence of other players and management of Premium Cobras.

The donation consists of two full sets of basketball uniforms white and blue, both of which are Premium Cobras’ traditional colours when playing home and away.

In making the donation, Pusam as he is known locally, said that he has been talking with Dr Peters for a while as to how they can support their former team which they consider as ‘family.’ They decided on the uniforms donation but is also looking at providing more assistance to the club in the future.

Pusam said that the support for their former club is in appreciation of the time they had spent as players with Premium Cobras and how they were treated by team and management.

Together with Dr Ben Peters, they will be engaging players from some colleges in the US to come here in Seychelles to organise basketball clinics. For this to happen, they will also engage the local basketball federation.

For his part, the captain of Premium Cobras Ahmadou Sylla welcomed this gesture from their former teammates. He said that the team takes this donation to heart especially during this challenging time when it is very difficult to secure any sponsorships.

“It always feels good when people show appreciation and for us, we are extremely grateful to our former teammates. It is a boost for us especially when we are just taking back to the courts after the Covid break,” Sylla said.

Sylla said that even though they have not been training for a long time, each player has individually tried to maintain some form of fitness and will be ready when the Federation starts basketball locally.

Dr Ben Peters played for Premium Cobras in 2004/2005. He spearheaded the team to win its first Indian Ocean Club Championship in Madagascar in 2005.

He is now the President of Europe, Middle East and Africa at PURE (People United Reaching Everyone), a foundation which provides safe and effective top of the range products supporting personal health goals. 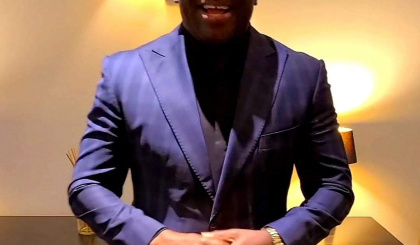