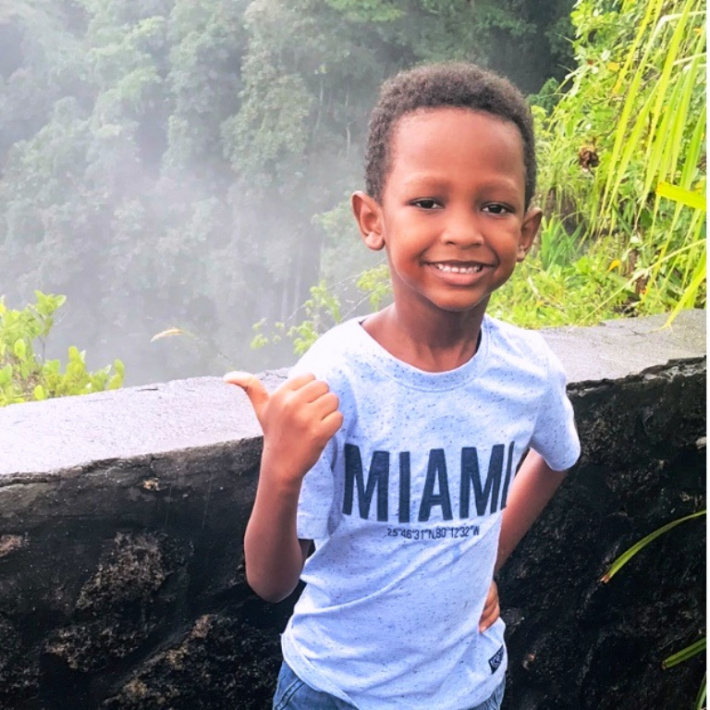 • ‘I knew in my heart that he was different’

Our journey into autism has not been an easy one, but Zayd’s ‘dramatic’ personality brings more light into our lives than we ever imagined possible.

As a mother, I never noticed anything ‘wrong’ in the literal sense of the word. I knew in my heart that he was different, but I never saw him as anything less. It was when he failed his 1st and 2nd year development test that I started to think maybe something was off.

It was actually my sister who opened my eyes to the world of Autism and I began to do my research. When Zayd went for his 3 years test I asked the nurse that I would like another level of intervention, since he fails each year and nothing further is done to assist him. She then referred me to the Early Childhood Intervention Centre at English River.

During that time, Zayd was non-verbal and the meltdowns were getting worse. He was growing up and becoming more expressive with his wants and needs, and we had trouble understanding him, which frustrated him even more. The most noticeable sign was that he seemed very restless. He screamed, A LOT. Cried at least 10 times a day, and was always unsettled. He had a lack of recognition in his eye and he lined up all of his toys one behind the other. He wouldn’t eat most of what we gave him and he didn’t really sleep. He would be invasive with other people’s space, he was scared on buses due to the loud noises and he would cry until we got off, so getting a car became a necessity. To this day, Zayd cries every time he has to take a shower or wash his face given his sensory issues.

The referral took a while so in the meantime I sought an appointment from a well-known pediatrician. I remember that day like yesterday, the first time we took him to that clinic was new to Zayd so he wouldn’t walk through the door. It took us over an hour to convince him to do so. Upon consultation, the doctor asked for Zayd’s T-shirt to be removed. He was very physical and being at the time pregnant I was so scared to handle him in case he hurts the baby. I sat in the doctor’s office and cried. The doctor then confirmed that Zayd was not a ‘normal’ 3-year-old, that he definitely displayed autistic traits and that we needed to seek further help.

Zayd was seen at the ECIC, where the ADOS test was conducted. ADOS stands for Autism Diagnostic Observation Schedule. ADOS is a standardised diagnostic test for Autism Spectrum Disorder (ASD). Zayd’s test scores confirmed that he was indeed on the Autism Spectrum. Tears welled up but like most Autism parents, all I felt was relief. Now I knew what the issue was and I could find the best way to address it. I also found thousands of online pages of different treatment approaches, all of which claimed to be effective in treating autism. I could not afford to make the wrong choice. My son’s future depended on it.

Zayd started both speech and occupational therapy. The schedules were a lot to juggle and to be honest my employer was not too understanding. However, it was my duty to make the decision which benefitted my child. It was a long road then, it still is now.

While typical children are scheduling play dates and extracurricular activities, Zayd’s life was about therapies, day after day, year after year, usually 7 days a week so that we may train him to fit in, or at least cope on a ‘normal’ level with the outside world.

Zayd has moved mountains and at 7, he no longer shows the classic signs of ASD. He has been previously refused admission at private schools, so he now attends a mainstream school and is able to speak normally thanks to years of therapy. Zayd studies the standard curriculum and scored all grades above 75% for his last termly assessments. He is forever on his IPAD and wants to be a YouTuber when he grows up. We call him Mr Hollywood, because he is always recording himself, acting out little skits or singing songs that he makes up daily.

He is often treated a normal child who is slightly ‘retarded’ but also talks a lot. THAT, is my biggest struggle. Unless society understands his diagnosis, they will never be able to accept him for the child he truly is.

Like any mother, I strive every day to be the kind of parent he can look up to. My wish is that one day soon my child will live in a world where he will be both accepted and appreciated, despite his differences. As a parent I make it my duty to provide understanding of the issues my son is often faced with. Autism never takes a day off, advocacy and awareness shouldn’t either.