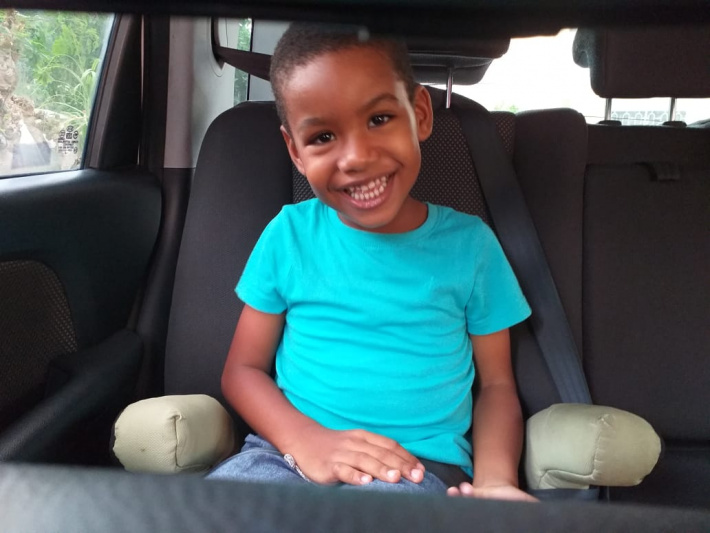 A father’s story: living with a child on the spectrum

Our son’s name is Brendan Desnousse. He was diagnosed with Autism when he was just 2½ years old. During his short life, Brendan has spent long periods in hospital due to several health problems such as blocked tear ducts and recurrent ear infections. Despite all these challenges nothing can compare to how I felt that morning hearing the diagnosis.

Our journey with Brendan as a child on the spectrum has not been an easy one. He is sensitive to sounds, certain textures, has no care for safety, is unable to maintain eye contact, and has delayed speech, to name a few. But despite all the ups and downs, God blessed us with 2 angels. The first was our second child, a daughter and the other Brendan’s guardian and a good friend Miss Dorona.

Having another child in the picture however came with its own challenges, but in many ways our daughter has helped Brendan to be who he is today. Having a younger sibling has helped him to be better, more focused and verbal. Brendan was settled and thriving at the day care where he spent almost two years but we dreaded the transition to crèche. After the first few weeks in crèche it was clear that Brendan needed additional support. As a father I was willing to give up my job just to be with him and provide that support. As time went on however we realised we needed to look for someone to take up this role. And this is when we met Miss Dorona – an encounter which can only be described as God-sent. Up until now we are eternally grateful and in awe for all the love she gives to our son.

Among the things that Brendan loves, three of them are always at the top of the list. His love for trains, ‘Big blue bus’ (SPTC buses) and car rides everyday after school are enough to make his day.

Although it may not be apparent to others, Brendan is doing a lot better at school and in other daily tasks at home. Same goes for his life in general. It was not easy to get him to the place where he is now. Most times it was difficult, at times stressful and there was a lot of sleepless nights thinking about what and how and why but we persevered and did not give up on him. We did a lot of research, and sought help from therapists, from close family members, friends and of course assistance from miss ‘Rona as he likes to call her.

Some people think his condition will go away, while others think we are ‘bad’ parents and you hear all sorts of nasty comments. It hurts even though we try not to allow it to bother us. It truly is a daily struggle that only other parents living with children on the spectrum can comprehend. Hence why education about Autism is key.

Everyday, Brendan shows us how important life is. Eventhough he has this condition he displays his love for us with lots of hugs and cuddles. The image of my son in my mind is a happy boy filled with happiness, a contagious laughter and a beautiful smile. As a parent I feel proud when I look at him and look forward to the future.

Brendan is now 5 years old, one of many in government schools, and his journey continues…