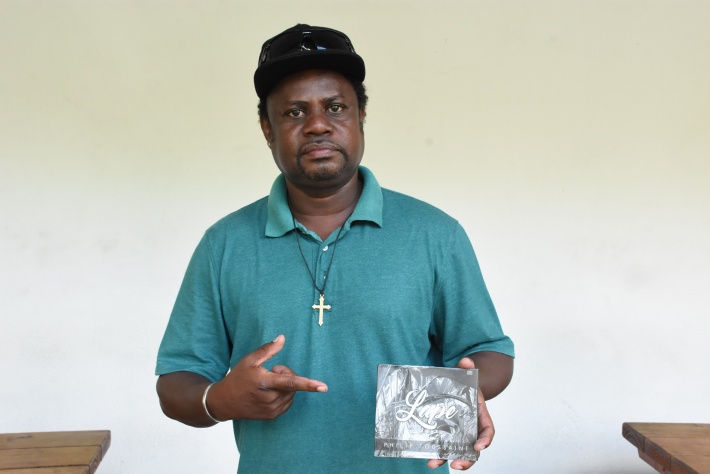 Philip Toussaint with a copy of his latest album

He may have recently changed his appearance and cut off his dreadlocks but Philip Toussaint remains one of the most respected artists in Seychelles with an impressive musical career spanning over three decades.

After a period of almost two years since the release of his last album, Toussaint is back with a new 15-track album entitled Lape.

The album comprises 15 songs, a fusion of sega, seggae and reggae, three genres he is most drawn to and which his fans know him for.

Toussaint notes that the album aims to promote peace and stability in Seychelles and among its citizens.

“We are talking about peace in general in the country. For the time being it is relatively quiet but once political elections draw nearer, people start to divide, keep grudges and all. I want people to be mindful and to not forget that we all remain human and that politics should not be a dividing factor. Do not let their different opinions divide them,” he said.

Only three musicians were involved in the production of Lape, including Toussaint himself, Nabby Jules and Eddy Telemaque both from Relations Band.

“Before I record an album, I start to write my music and think up the melodies and musical arrangements and then we work together to get a basic structure with the drums. Once we have the backbone for all 15 tracks, we start to add all the melodies and musical arrangements and then comes the vocals. I’ve been working with both these young people for a while and I like that they have a genuine interest in music and I can see that they have potential,” he said, commending the talented young musicians who worked alongside him.

The environment, politics and love are just some of the themes he explores on the much-awaited album. Toussaint explains that the first track, Lanatir is a message to the population to preserve the beautiful country in which we live especially as we are faced with climate change and for the benefit of future generations.

“Dieu i La is another song praising God the Almighty as without Him, I would not even have the inspiration to record an album. Many people are discouraged sometimes or they lose faith because they feel their prayers are unanswered so I am reassuring them that He indeed does exist and that He has a plan for each and every one of us,” Toussaint added.

Also featured on the album is Laklerte, one of the very first songs written by Toussaint as a young aspiring musician. The track is a collaboration between Toussaint and his daughter Tracey who also lends her vocals to Nou Lanmour.

Lape is available from usual outlets so don’t forget to buy your original copy and to support local artists. 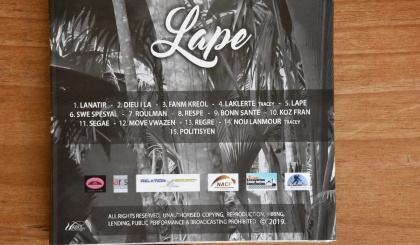 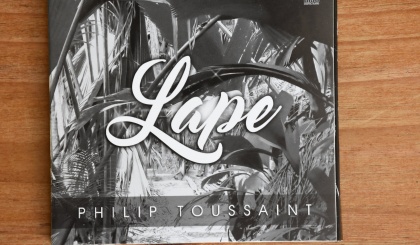