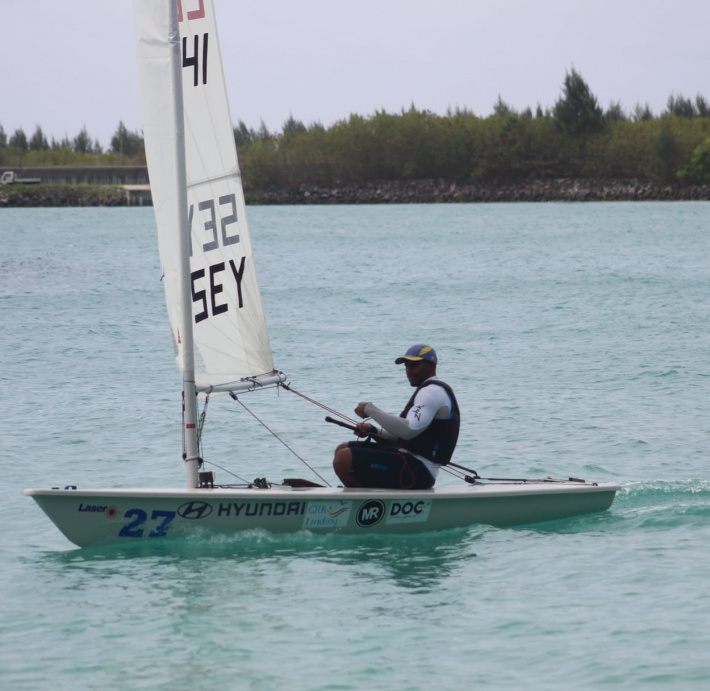 Govinden is grateful for the flag bearing role

“The president has asked us to give our best,” says Govinden

One of Seychelles team’s flag bearers, reigning Sportsman of the Year Rodney Govinden has said President Wavel Ramkalawan has given them a message of encouragement for the re-scheduled Summer Olympics of Tokyo 2020 which begin this coming Friday.

Speaking to Sports NATION on the eve of his departure to his second participation in the Summer games, Govinden, who will be the joint flag bearer for the Seychelles team along with Sportswoman of the Year Felicity Passon, met with President Ramkalawan, who himself was an athlete and an all-rounder, on Tuesday at State House.

“The president congratulated us on making the team and told us that we are now ambassadors for the country. He wished us the best of luck and he told us to give our best as well as enjoy ourselves and improve our performances and why not bring back a medal,” the sailor revealed to Sports NATION.

Govinden said he will surely try to better his result of the Rio de Janeiro Games in 2016 where he was ranked 45th out of 46 sailors.

“I want to improve my ranking as I feel ready for the games though we will not have enough practice time once in Tokyo, but I will aim for a good result,” Govinden said.

Govinden, who was racing on Saturday and came out second behind Allan Julie in the Laser open category, stated that it was an interesting series of races as he finalised his preparation for the major games.

“It was good practice as I was able to test a variety of strategies with the shifting and gusting wind and it was quite interesting and everything went fine for me,” reflected the 36-year-old watersports enthusiast who was also offered words of encouragement for the Olympics by Julie after Saturday’s races.

As for being chosen once again to be the flag bearer, he said he sees it as an honour and privilege to lead the team in Tokyo.

“It is a great honour to be chosen for the second time to be the country’s flag bearer and I feel really proud as a Seychellois to represent our country at this level and to act as an ambassador,” the reigning Sportsman of the Year claimed to Sports NATION.