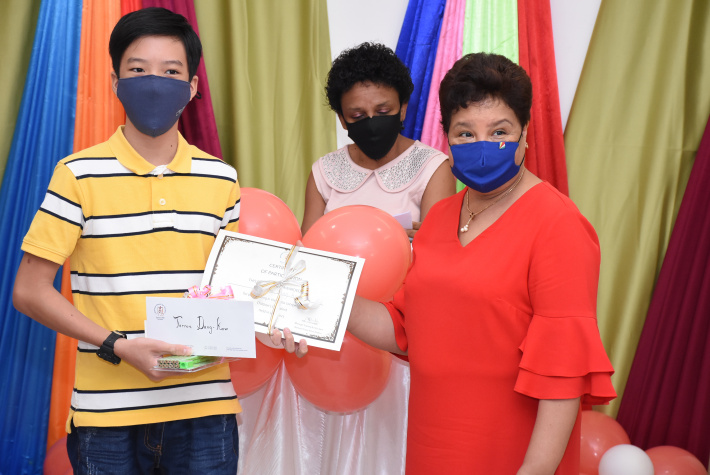 Gaelle Docteur and Terron Dang-Kow are the first prize winners in their respective category of a photo competition entitled ‘Children’s Got Talent’ organised by the National Council for Children in April this year as part of activities for the Children’s Festival held in June.

The National Council for Children (NCC) yesterday hosted two separate ceremonies, one in the morning and the other in the afternoon, to reward the young winners of the photo competition.

Two categories: one for children aged between 6 and 11 years old while the other category was for those aged 12-16 years old.

In the 12-16 years category, Terron Dang-Kow clinched the first prize with his photos showcasing his baking skills, wowing the judges with his bread creations shaped like the Aldabra giant tortoise and teddy bears.

Sahasra Singireddy and Kirt Pool, both from Praslin, came out second and third respectively followed by Shamara Adam, represented by his brother Zia Adam, who won the fourth prize.

A special prize was awarded to the youngest participant, Katia Bibi, after she entered the competition with a total of five different entries displaying her talents in cooking, baking and drawing.

A total of 85 entries were received by the NCC of which around 60 were from children 6 to 11 years old and the remaining from children aged 12 to 16 years.

The Children’s Got Talent competition was open to all kids in the country who were invited to send in two digital photos of them engaging in one or more activities which showcased their special talents such as baking, cooking, carpentry and so forth.

The ceremonies yesterday were attended by the prize winners and their parents, First Lady Linda Ramkalawan, chief executive of the NCC Yasmin Umarji and chairperson of the NCC Ambassador Erna Athanasius who could only be present for the first series of prize giving in the morning.

Addressing the prize winners, Mrs Umarji made note of all the special talents and skills that children have and which should be encouraged and developed with the guidance of the parents.

“The competition was organised to showcase the multiple talents of our children. With Covid-19, we wanted children to make good use of their times at school to display the skills that they have acquired ‒ it had nothing to do with academic skills but rather their more creative side,” stated Fatma Bibi, manager for training and education at the NCC.

“The entries were extremely impressive and we were very surprised at what the kids came up with. We have seen children using their carpentry skills to make benches, masonry, cooking pancakes and baking. We have seen them fishing, sewing and doing so much more with guidance from their parents of course,” she added.

One of the requirements of the competition was that the children should submit one photograph of them undertaking their tasks and another of their end products.

“NCC is very satisfied with the level and quality of participation for this first competition. There is room for improvements on our side; we are planning to hold additional competitions in the future to motivate the kids.”

NCC is hoping to instil the concept that education does not exclusively comprise academic knowledge and intelligence but also what children can create with their hands and with their imaginations. 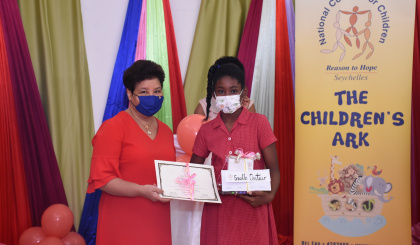