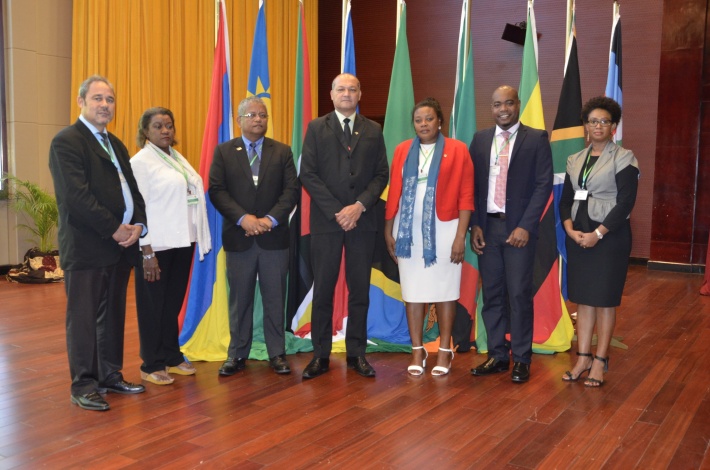 The attacks, abduction, killings and discrimination against people with albinism, the negative effects of plastics on the environment and effects of climate change are some topic tabled by the six-member delegation from the National Assembly of Seychelles at the 45th Plenary Assembly of the SADC Parliamentary Forum held from July 16 – 25, 2019 in Maputo, Mozambique.

The fruitful plenary assembly which was attended by 13 SADC national parliaments debuted with the executive committee meetings, followed by a symposium on the climate change theme and motions.

The speaker of the National Assembly of Seychelles, Nicholas Prea, led the delegation as a member of the executive committee and also a panellist to discuss the domestication of treaties and the role of parliament as promoters of legislations and overseers of administrative actions to implement the different environmental protocols.

The motions tabled before the assembly by Seychelles challenged the SADC regional parliaments including Seychelles, to be more proactive in their representation, oversight and legislative roles to address the multiple challenges arising on different fronts.

Wavel Ramkalawan, the leader of the opposition, who is also the chairperson of the regional parliamentary model laws oversight committee and the chairperson of the democratisation, governance and human rights committee, was deeply concerned over the disturbing and inhuman reports of discrimination, abductions, attacks and killings of people with albinism across several countries in SADC region and beyond.

Chantal Ghislain, member of the food, agriculture and natural resources committee, urged member parliamentarians to legislate measures to regulate and eliminate plastics use to protect the environment.

Egbert Aglae, the chairperson of the trade, industry, finance and investment committee, tabled several reports of his committee before the assembly while Terence Mondon, an executive committee member and member of the human, social development and special programmes and Regina Esparon, member of the gender equality, women’s advancement and youth development committee, seconded motions by their committees.

The delegation was accompanied by the deputy clerk, Tania Isaac. 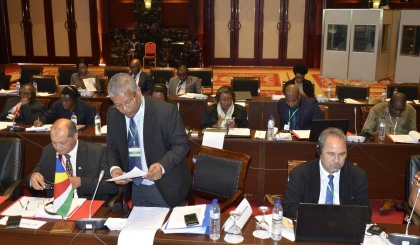 Hon. Ramkalawan making his intervention during the forum