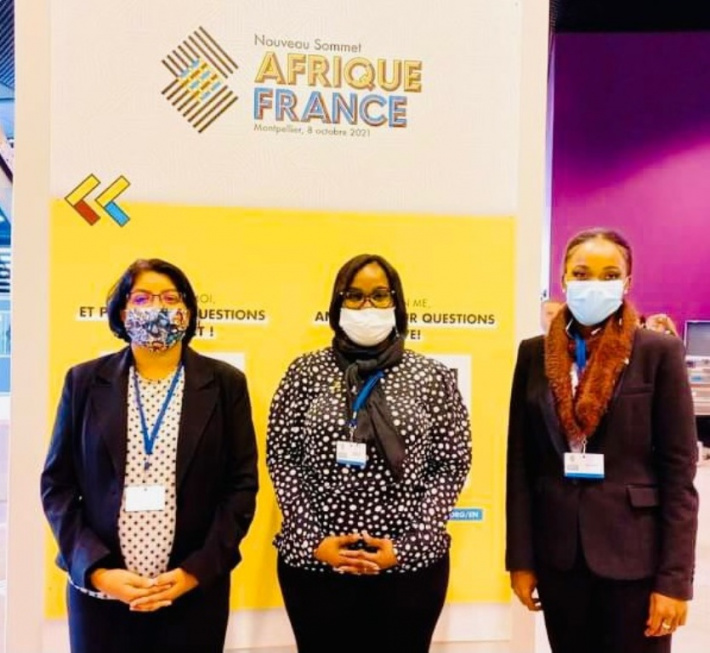 Hon. Kelly Samynadin attended the radically first of its kind ‘Le Nouveau Sommet Afrique - France’ which took place in Montpellier in the South of France on Friday October 8, 2021.

Focusing on the actors of change, this new Africa-France Summit was organised with the aim of redefining the fundamentals of the relationship between France and the African continent and creating a new space for dialogue oriented towards the future. Without the attendance of the heads of state and with the primordial focus on civil society, youth, entrepreneurs and community actors, Hon. Samynadin added that “We the younger generation had a chance at pointing out ideas on how such initiatives can be done instead of allowing the heads of state to do so as it was done in the past. Very good way forward.”

The morning and the beginning of the afternoon on October 8 were devoted to moments of dialogue, exchanges, meetings, development of proposals, cultural and sporting events within six large spaces in the arena centered on six major themes namely, Citizen engagement and democracy; Entrepreneurship and innovation; Higher education, research and innovation; Culture, Heritage and Cooperation; Cultural and creative industries; Sport and development.

Hon. Samynadin attended the official Plenary Session in the presence of the President of the Republic of France, Emmanuel Macron. The session involved the mobilisation of youth during the Africa-France dialogues, coordinated by Professor Achille Mbembé. An open and constructive exchange between young people who participated in the process along with President Macron involved discussions on the reimagination of the new fundamentals of the Africa-France relationship around the six major themes.

“It’s a new calling by the French president as he called it "un appel a une politique de renaissance", to renew our engagement through different means: reinforcement of our memorial links, more support towards entrepreneurship and innovation and also renewal of French aids towards development in the form of partnership relations,” stated Hon. Samynadin after attending the forum and the different sessions.

Two other Seychellois who took part in the summit alongside Hon. Samynadin are Seychelles NATION journalist Vidya Gappy and Economist Fatime Kante from the Blue Economy department.