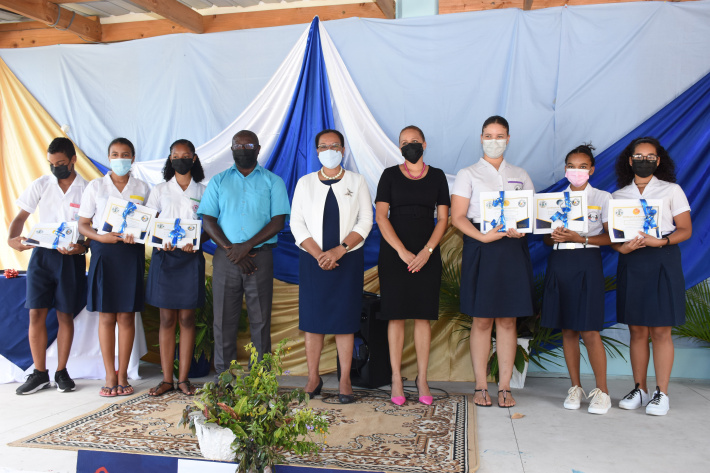 The competition had been organised by the Agency for the Prevention of Drug Abuse and Rehabilitation (Apdar) on the occasion of World Mental Health Day celebrated on October 10, 2021.

The winners were presented with their prizes in a small ceremony held at the MAT Clinic at ex-Youth Centre, English River, yesterday afternoon.

The competition, under the theme ‘Addiction at Home’, was for secondary students only, from state and private schools on Mahé, Praslin and La Digue. There were two categories: S1-S3 and S4-S5 and prizes were given out to the first three winners in each category.

The aim of the competition was to raise national awareness of the impact of alcohol and other drug use disorders on the family unit as a whole.

Through poetry, the students were supposed to express how alcohol and drug addiction impact on their lives and on the lives of other members of the family. The competition attracted 40 entries among which only one was in Creole.

Present at the prize-giving ceremony were the Minister for Health Peggy Vidot; the principal secretary for health, Dr Bernard Valentin; the chief executive of Apdar, Geralda Desaubin; teachers; Apdar staff and sponsors.

‘Sober with Sunrise’ was the poem that earned Sean Confait the first prize in the S1-S3 category. He said that although he has not yet experienced such a situation in his family, he knows of a friend whose family is living this nightmare.

“I just wanted to pass a message that we should all join together and help in fighting against alcohol and drug abuse now if we want to live in a better society tomorrow,” said the S2 student, who noted that it took him quite a while to write the poem.

The second prize in that category went to Angel Constance (S3) from English River school with her poem entitled ‘Poor Little Harry’ while Shaia Jeannie (S2) from Anse Boileau took the third prize with her poem ‘And You Too’.

In the S4-S5 category, Martina Vaccaro won first prize with her poem entitled ‘White Walls’, which is about an abusive family. She too said that although it is not the case in her family, listening to the news, reading books and technology have helped to open her eyes on the subject.

“I wanted people who have been affected to understand that they have to reach out for help if they want to help themselves and also for other people to give a helping hand in order to get them out of addiction. A small human gesture can contribute towards a great success,” said Martina, who noted that it took her one hour to write her poem.

The second prize in that category went to Albanne Magnan (S5) from Anse Royale school with her poem ‘Stay up all Night’ while Gillian Philoe (S4) from English River school won the third prize with her poem ‘Love in Disguise’.

The two first prize winners had the chance to recite their poems for the guests.

The ceremony was also graced by popular poet Tony Joubert (aka ‘Raspyek’) who recited one of his poems and popular gospel singer Valda Pool, who sang her popular radio hit ‘Konbyen Fwa’ as well as ‘Let en Paran’, a new song to be released soon.

All the students said it was their teachers who motivated them to take part in the competition.

In addressing the gathering, PS Valentin said there is a necessity to address the alcohol and drug issue which is very alarming in the country and causing discord within families.

He added that the ministry is working on prevention plans to develop resilience in the family, especially in children, with regard to alcohol and drug abuse.

He urged the young poets to be ambassadors in the fight against alcohol and drug abuse.

Dr Anabelle Marie, the initiator of the competition, later said that listening to children and youth is the first step to help them grow healthy and safe and furthermore Apdar had wanted to hear from them what they felt about the issue.

She added that people have to understand that it is not only the one falling victim to alcohol and drug who suffers mentally but the whole family suffer, directly or indirectly, as they have to cope with a change in lifestyles as a result of an addict in the family.

“As we have a large population of alcohol or drug addicts, it means that a lot of people are consciously or unconsciously suffering from mental issues as a result of an addict in the family,” she said.

Dr Marie said that the idea behind the competition also was to sensitise family members who are coping with addicts in the family, to come forward and seek help which is being offered at the clinic.

Joan Lesperance, a mother whose son is a drug addict, gave a testimony on how she is coping to get his son out of his addiction while Diana Gerry, a staff member, gave an explanation as to how addiction is a family disease.

The best 20 entries will be compiled into a small booklet and showcased at the Apdar office, the National Council for Children, Creole Institute, in the schools and at other venues. They will also be published on Apdar’s facebook page. 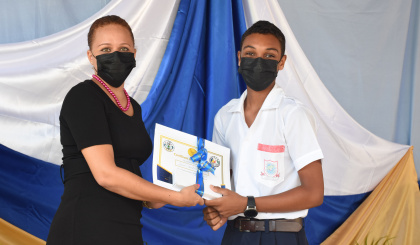 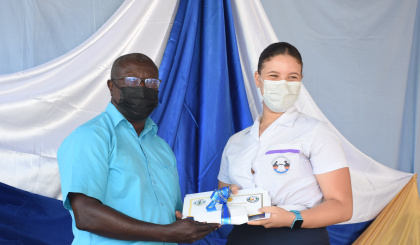 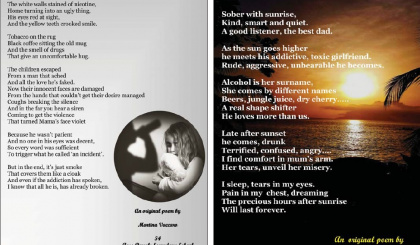 Seychelles not country of concern for Australia over Omicron variant |02.12.2021