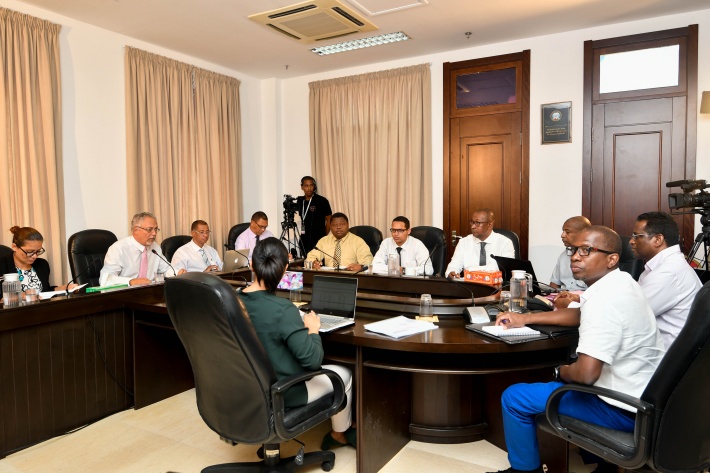 The meeting between IAC members and Minister Bastienne and his delegation

Assembly wants to be included on negotiating team as observers

The parliamentary International Affairs Committee (IAC) has proposed that National Assembly members form part of the negotiating team as observers for the Fisheries Partnership Agreement (FPA) with the European Union (EU).

Minister Charles Bastienne and officials from the Ministry of Fisheries and Agriculture.

The meeting follows a previous one that took place on May 22, 2019 when a presentation on fisheries was made to the committee ahead of the negotiation of the FPA with the EU to take place later this year.

The meeting started with a PowerPoint presentation on the Comprehensive Fishing Plan and the Industrial Fishing. Members had the chance to come up with questions for further explanation during the presentation.

After the presentation, Minister Bastienne and his team had to provide clarification for the various questions put forward by the honourable members regarding the fishing industry in general as well as concerns from stakeholders.

The meeting concluded with a proposal made by the members that representatives from the legislature be included in the negotiation team as observers.

In attendance were other members of the National Assembly and representatives from the fishermen association.