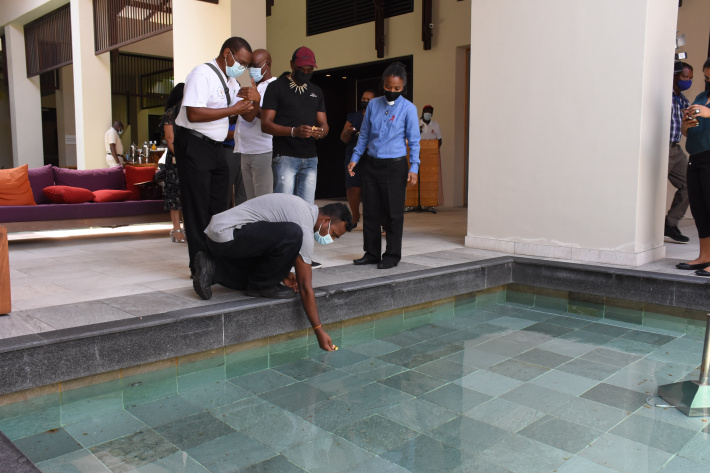 The launch of the campaign under the theme ‘End Inequality, End Aids, End Pandemic’, took place in the lobby of the Eden Blue Hotel. Present were the Public Health Commissioner, Dr Jude Gedeon, NAC chief executive Dr Anne Gabriel, NAC chairperson Dr Agnes Chetty, other board members, stakeholders and partners. The activity was to commemorate World Aids Day which fell on Wednesday November 1,2021.

The campaign ismarking 40 years since the beginning of the HIV/Aids pandemic and the theme highlights the urgent need to end the inequalities that drive Aids and other pandemics around the world.

After a blessing by Anglican church Reverend Christine Benoit who is also the vice chair of the NAC board, there was a moment of silence for people living with HIV and Aids and for those who have died of the virus.

Addressing the small gathering, Dr Chetty said that although there are fears, desperation and many lives lost in the first years since the discovery of the virus, this has fortunately changed as the world knows how to prevent and treat HIV. She added that that we have, at our disposal, very effective and safe treatment that is easier to take, a toolbox of HIV prevention interventions, a preventive method of mother to child transmission and a renewed hope for an effective HIV vaccine.

Dr Chetty stated that despite the amazing progress, the world was not on track to achieve its goal of ending Aids by 2030, even before the Covid-19 pandemic. She noted inequality is the main reason for the non-achievement of the goal in ending Aids. She explained thatinequality leads to poor engagement in HIV treatment, poor health outcomes even when effective treatment is available,and to the loss of lives among others.

“We are fortunate to live in a country where prevention, treatment and care services are available free of charge, but even in this seemingly ideal environment, inequalities can and sometimes do fester,” she said.

She noted that our data are not being analysed enough to understand the equity gaps in which population groups or individuals have unmet needs or are being left behind and that needs to change, with things done differently. She said that although the Covid-19 pandemic has led to a shift of focus and resources away from other health problems, the fight against HIV and Aids which has been going on for the past 40 years, must continue, especially now that the country has endorsed the 10 commitments of the UN2021 political declaration on HIV and Aids.

In his testimony, Reginald Hoareau, the first person in Seychelles to disclose his HIV status, said he did not do it for popularity or publicity but to help reduce discrimination and stigmatisation.

He stated that although not on a large scale like when he first disclosed his status, he is still from time to time, targeted by some individuals because of his HIV status.

He said discrimination and stigmatisation against people living with HIV must stop and called on those people to know their status first before pointing fingers at the others.

The 40-year-old said he was infected with the virus at the age of 19 years old, he was discriminated against by being refused employment which led to him being self-employed to earn a living.

He added that as treatment against the virus (unlike when he was first diagnosed) is available, people on the treatment should continue with their treatment while others should get to know their status and follow the treatment.

Justin Freminot, chairperson of the HIV and Aids Support Organisation (Haso), said in his testimony that the HIV and Aids epidemic would have been lesser in the country had all the trained personnel who are no longer involved, stayed to give a helping hand. Haso has been educating the masses and victims of HIV/Aids.

The ceremony ended with candle lighting in remembrance of people living with the virus and those who have passed away. The candles were placed in the hotel’s water fountain under the sounds ‘Let’s come together and fight Aids’, which was sung by Sony D, the first artist to compose a song about HIV and Aids. 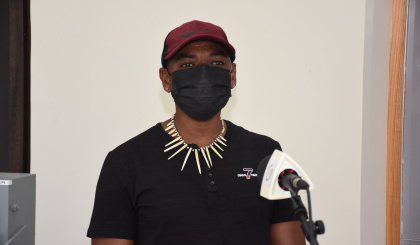 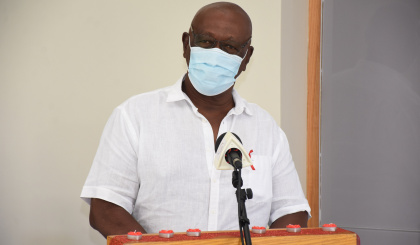 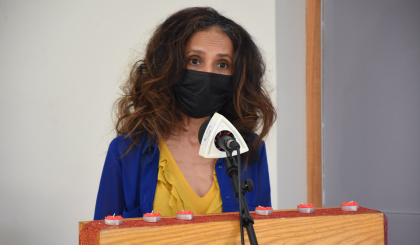 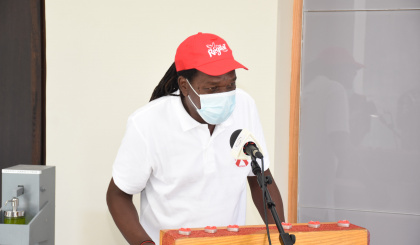 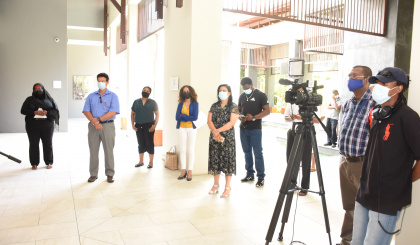 Those little bits and bites between meals that need to be watched and controlled |05.08.2022