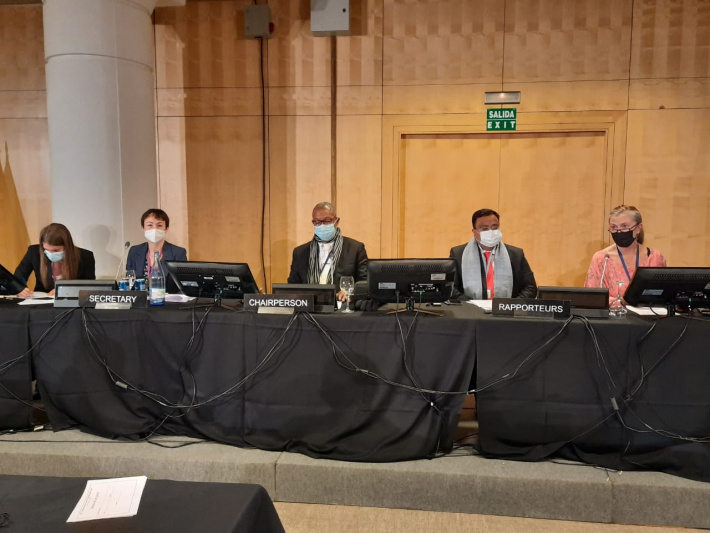 Hon. Waven William, as a member of the 7th Assembly, attended the 143rd Assembly of the Inter-Parliamentary Union (IPU) held in Madrid at the Parliament of Spain from November 26 to 30, 2021.

The main focus of the Assembly was on the contemporary challenges to democracy: overcoming division and building community.

With eroding public trust in political systems, growing polarisation and the spread of disinformation through social media, IPU members discussed and debated on what parliaments can do to address these problems.

Additionally, the Assembly brought parliamentarians from around the world to rally and support emergency resolutions relating to equitable access to vaccines in the developing world.

The resolution calls on the international community to ensure “timely, equitable and universal access to safe, affordable, quality and effective vaccines”.

The Assembly recognised that “extensive Covid-19 immunisation is a global public good”.

Controversial global topics were also discussed which included the cases of dozens of parliamentarians at risk from Afghanistan and Myanmar, as well as other countries, were examined by the IPU Committee on the Human Rights of Parliamentarians, the only international body with an exclusive remit to support MPs in danger.

Hon. William is a member of the IPU Sustainable Development Committee and attended meetings on the sidelines of the Assembly.

The Committee works to improve the lives and well-being of the world’s citizens and the planet, through the issues of fair trade, protection of the environment, financing for development and other questions that impact on the way our world evolves.

It is one of the four permanent committees of the IPU.

The work of the Committee is guided by an 18-member Bureau with representatives from all geopolitical groups.

Hon. William was historically elected as the vice-president for Africa of the Bureau of the Sustainable Development Committee and he also made a speech during the debate.

The National Assembly wishes Hon. William all the very best in this position and in the endeavours the Committee looks to tackle and achieve going forward.

The IPU is the global organisation of national parliaments. It was founded more than 130 years ago as the first multilateral political organisation in the world, encouraging cooperation and dialogue between all nations. Today, the IPU comprises 179 national Member Parliaments and 13 regional parliamentary bodies. It promotes democracy and helps parliaments become stronger, younger, gender-balanced and more diverse. It also defends the human rights of parliamentarians through a dedicated committee made up of MPs from around the world. Twice a year, the IPU convenes over 1,500 parliamentary delegates and partners in a world assembly, bringing a parliamentary dimension to global governance, including the work of the United Nations and the implementation of the 2030 Agenda for Sustainable Development. 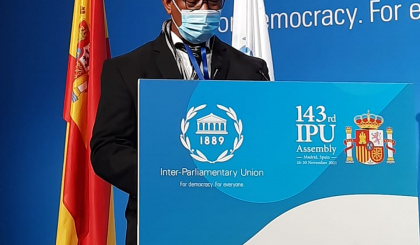