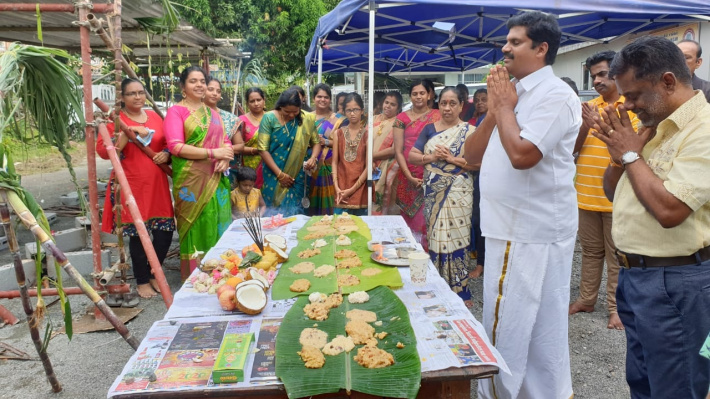 Pongal, which is also referred to as Thai Pongal, is a multi-day Hindu harvest festival of South India, particularly in the Tamil community.

It is observed at the start of the month Tai according to Tamil solar calendar, and this is typically about January 14.

The four-day festival honours the Sun god and commemorates the Sun's northward voyage. It also signifies the end of winter.

Pongal is considered to be an ancient celebration, dating to the Sangam Age from 200 BC to 300 AD. It's originally a Dravidian harvest festival but finds mention in Sanskrit Puranas too.

Pongal has its roots in the Sangam Period roughly identified from 6th century BC to 2nd century AD. Legends say that Pongal celebration is not less than 2,000 years old. The principal theme of Pongal is thanking the Sun god, the forces of nature, and the farm animals and people who support agriculture.

Usually there is a ceremony at the Hindu Temple to mark the occasion but due to Covid, the hindus had their celebrations at home this year.

The accompanying photos (sent to us by Karpagam Senthilkumar) show some highlights of a past Pongal festival celebrated here before the Covid restrictions. 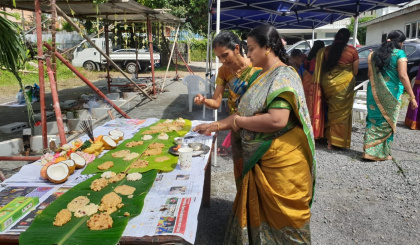 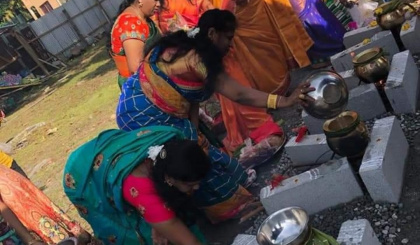 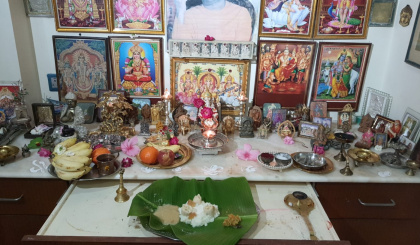