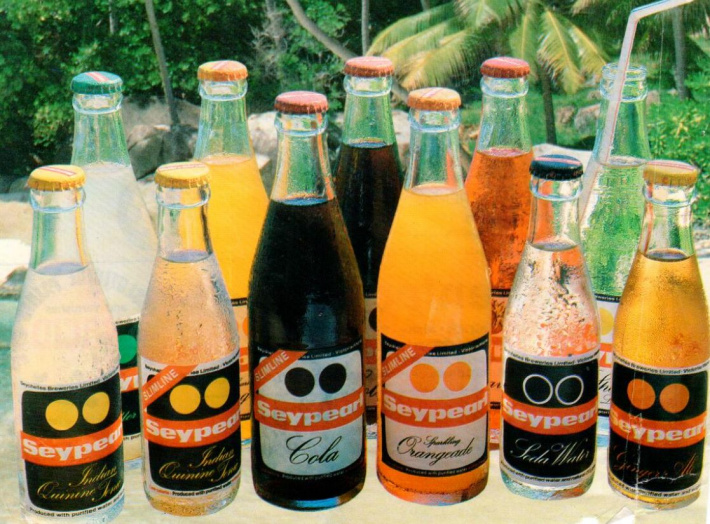 Across a nation’s story in colours, flavours and memories

It may have all started with Seybrew, the flagship brand from which our brewery borrows a nickname. Yet there are many other brands from the Seychelles Breweries portfolio that resonate within some of the islands’ most iconic moments and experiences over the past 50 years. We look back on how these collective memories have made a permanent imprint on society, history and pop culture in Seychelles.

In the intervening years before the launch of Seybrew in 1972, the brewery’s founders dealt with an array of issues and obstacles (Editor’s note: read Weekend Nation’s edition of Saturday, February 19, 2022 for a full account of the origins of Seychelles Breweries).

With the levels of risk involved, it can only be speculated whether the investors may have wavered over the venture internally. A closer look at how they handled one of the issues leading up to the launch, however, holds an important clue.

A fundamental aspect of a brewing operation, of course, is to have a vessel in which to pour the beer. But the brewery had not acquired empty bottles yet.

The beer must also, naturally, be liked by would-be customers. The local fermentation of baka was the dominant alcoholic beverage at the time, and the entire undertaking of the brewery was based on the shareholders’ assessment that a premium offering would be welcomed. That assumption would need to be tested.

The brewery’s promoters decided to solve both problems at once by importing quantities of Carlsberg beer. The beer could be sampled by local consumers for a test market, while the empty bottles could be used in the initial production of Seybrew.

According to SBL Commercial Director Bertrand Belle, it could have been seen as another layer of risk on top of an already risky venture.

“The brewery’s founders must have had unreserved faith in the quality of beer they were going to produce,” Belle says. “Introducing an established international brand could have spelled trouble if Seybrew did not meet or exceed consumer expectations after the trial.”

Indeed, the move turned out to be the ultimate expression of confidence, as Seychellois soon affectionately coined the nickname DeloMammelles for Seybrew, referring to what a long line of master brewers have recognised as the secret to its quality: the water source used in the lager’s production.

Seybrew would win gold at the World Beer Competition in Brussels in 1974, with Chief Minister and the future first president of Seychelles, James Mancham, receiving the medal and certificate on the brewery’s behalf.

This would set the tone for decades to follow, SBL Sales Manager Amanda Larue believes.

“SeyBrew has become a national icon,” Larue says. “Visitors to Seychelles from around the world crave for their first sip of an ice-cold SeyBrew as they step onto the islands. “

As Diverse as the Nation

Seybrew established a foundation for international brands to grow, and new brands to be created, within the archipelago. After Seybrew hit the market in September 1972, the world-famous Guinness stout began rolling off the production line just one month later, bestowing its rich tradition in a way that still resonates with islanders today.

The founders knew the considerable production capacity of the factory would also signal an opportunity for soft drink production. This led to the launch of SeyPearl that November, beginning with Tonic, Ginger Ale and Bitter Lemon, followed by SeyPearl Lemonade and SeyPearl Orange in 1973, along with a variety of other flavours through the rest of the ‘70s.

“As a child I remember the excitement of going to the corner shop, sitting behind the pickup truck with my grandpa, and of course we all wanted a SeyPearl Strawberry,” Larue remembers. “My sisters and I would compete to see which one’s lips were the pinkest.”

In 1984 the brewery further expanded its beer portfolio with the launch of launch of Eku Bavaria, under licence from ErsteKulmbacherActien Export Bier Baruerei in Germany.

The SeyPearl brand also continued to develop during the ‘80s, with the introduction of a lower calorie selection of soft drinks called Slimline, as well as the launch of Cocktail de Fruits, which continues to have a loyal customer base today.

The year 1993 proved to be a game changer, when an agreement for Seychelles Breweries to commence production of Coca Cola and its family of products reshaped the country’s soft drinks market. The SeyPearl portfolio was subsequently trimmed down with the discontinuation of the local brand’s own variety of Cola, as well as Sport, which was supplanted by Sprite.

‘Don’t know what you got till it’s gone’

SeyPearl would continue to shrink in the 2000s, but only to improve efficiency during difficult times for the brewery and the country as a whole.

With Seychelles’ foreign exchange crisis deepening from the late ‘90s onward, shortfalls of raw materials had to be addressed by producing greater volumes of only the top-selling drinks, resulting in the discontinuation of SeyPearl’s Bitter Lemon, Ginger Ale and Cocktail de Fruits.

It was an unpopular decision broadly criticised by much of the population. But it also made for a striking realisation: these unique flavours, found nowhere else in the world, had long since woven themselves into the fabric of Seychelles society.

“The pride that the public has for SeyPearl and its unique flavours might outweigh their actual sales numbers,” Belle says. “Litre for litre, they might be the most-travelled soft drinks in the world since so many Seychellois bring for their loved ones abroad that special taste of home. You simply cannot find these flavours anywhere else.”

Despite the continued foreign exchange challenges in Seychelles throughout the ‘90s and 2000s, the market saw continued innovations from Seybrew in ways that would leave a significant stamp on the country’s popular culture.

The South African reggae group O’Yaba, whose songs reverberated across the islands throughout the late ‘90s almost anywhere people came together, performed in Seychelles as part of the brewery’s 25th anniversary. With the launch of a special commemorative beer coinciding with the concert, Seychellois took to calling the new drink O’Yaba, leaving Celebration Brew, its actual name, consigned to a quirky reference for the archives.

The memory of the beer, attached to the occasion, has left a lasting impression, however.

“In the lead up to our anniversary this year, the question I have fielded most often is whether we will bring in a special brew like O’Yaba for the occasion,” Belle says. “Unfortunately, the ingredients we used 25 years ago are no longer available, but I do agree that it would be exciting to have a new brew for our 50th.”

The brewery’s silver anniversary in 1997 year proved to be momentous in other ways as well. Seybrew Draught was re-launched, offering a more affordable glass of beer fresh off the tap, and Fanta was re-introduced with a more appealing product formulation.

Seybrew’s connections to music and celebration would continue to grow in the early 2000s, with concerts staged by reggae legend Eric Donaldson to celebrate the brewery’s 30th anniversary in 2002. The hugely popular Jamaican group Culture performed in 2002 for an audience of 8,000, a number representing upwards of 10 percent of the adult population.

In a bid to bring another innovation to Seychelles, in 2005 Seybrew introduced Smirnoff Ice, the “ready to drink” pre-mixed cocktail with Smirnoff vodka, which enjoyed immediate commercial success as the first such offering in the country. Smirnoff Black Ice would follow just five months later.

In 2006, Celebration Special was launched as a limited-edition beer to commemorate Seychelles’ 30th year of independence.

With the Seychelles economic outlook having improved by 2010, the brewery was finally able to convert its rupee earnings into capital expenditures and significant foreign exchange investments. This set the stage for a “reset” of sorts, and allowed the company to begin modernising both the factory as well as its brand portfolio.

Among many other developments, it would mean the prompt re-integration of popular SeyPearlflavours like Bitter Lemon and Cocktail de Fruits, the resumption of soft drinks in glass bottles for Coca Cola and other brands, and a cannery line to offer more product types and enter new growth areas such as in-flight and marine transport.

Seybrew would also take on distribution of Diageo’s expansive spirits portfolio, including the likes of Johnnie Walker, Bailey’s, Captain Morgan and Gordon’s Gin, among others.

The brewery was able to re-centre and invest in its home-grown brands, with both Seybrew and Seypearl getting brand revamps that have been acclaimed by residents and tourists alike, particularly with Seybrew’s iconic tortoise settling into the role as if it had been there from the beginning.

Diversifying tastes and a growth in beer alternatives led Seybrew to introduce its own cider offering, Slow Turtle, which in 2019 took its place alongside the other symbolic local brands.

It All Goes Back to One Thing

Clever marketing can get people talking, but the key to sustained success for any brand is what brings people back for more, and that’s quality.

Almost 50 years after its inception, Seybrew Lager proved it was still among the worldwide leaders in its class in 2020, earning the Silver Award from Quality Institute Monde Selection, with the canned version taking bronze. And in April 2021, SeyPearl’s Ginger Ale brought home to Seychelles the institute’s Exceptional Gold Quality Award.

That the brands Seychellois have come to cherish not only endure, but continue to flourish on the international stage, is a true testament to the people who both make and enjoy them. 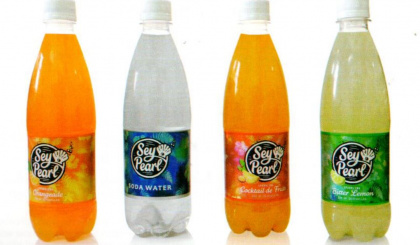 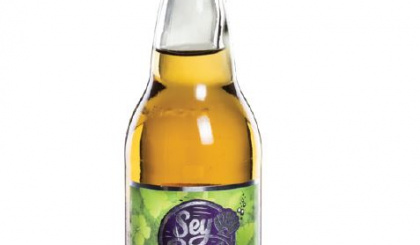 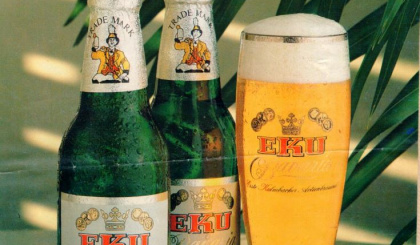 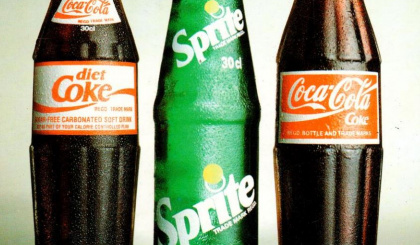 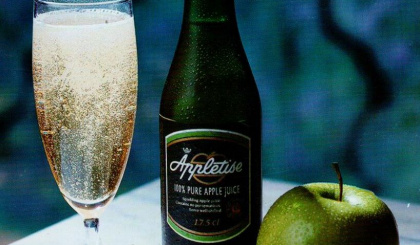