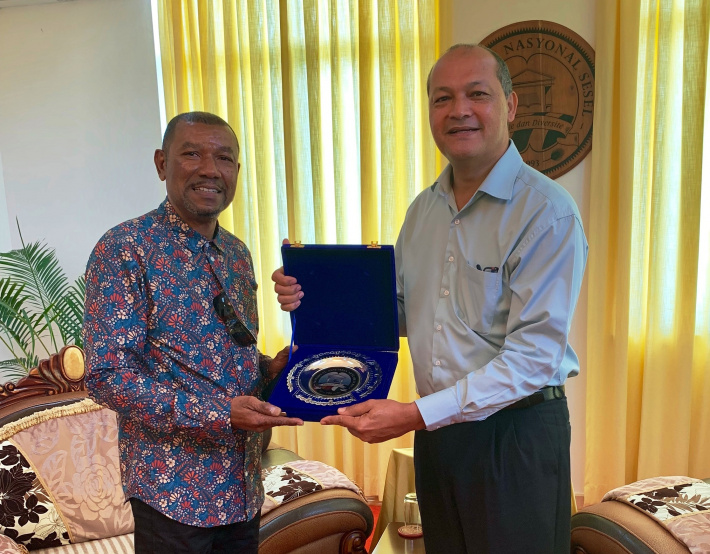 The Speaker, who was accompanied by the Clerk, Jutta Alexis, congratulated Mr Victor on his new appointment and thanked him for his immense contribution to music and to the preservation of the Seychellois culture.

During the meeting both Speaker Prea and Mr Victor spoke of the importance of regional partnerships in the culture and arts sector, as well as the social responsibility of artists.

The discussions involved topics highlighting key areas in the arts and culture including strengthening cooperation in the Indian Ocean and the sharing of ideas to promote the arts on a regional and international level. 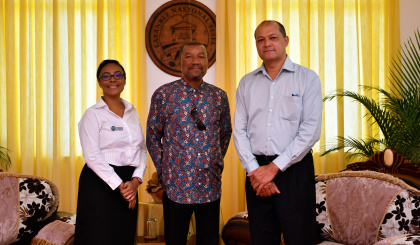