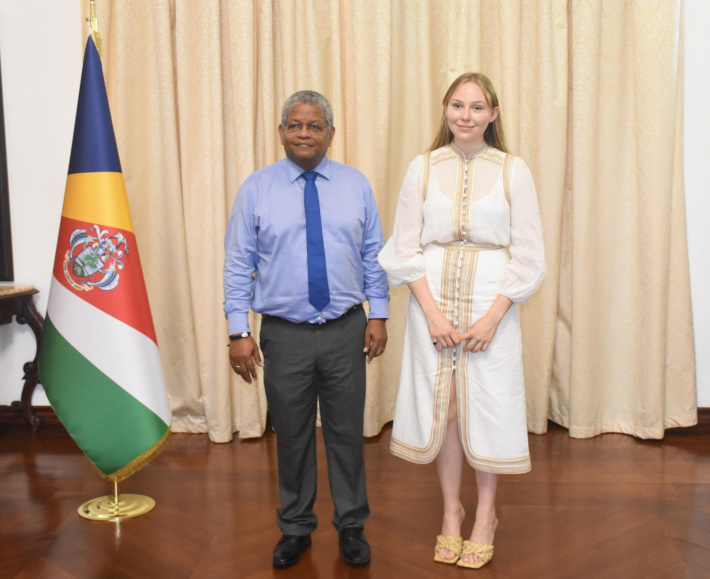 As part of her official visit, Princess Theodora Von Leichtenstein yesterday paid a courtesy call on President Wavel Ramkalawan at State House where she shared the vision of her Green Teen Team Foundation towards protecting our planet’s biodiversity.

Accompanied by Minister for Agriculture, Climate Change and Environment Flavien Joubert, Princess Theodora started her visit with a guided tour of State House led by Nicole Barreau of the National History Museum.

Before exploring the garden, Princess Theodora and her delegation had the chance to discuss with President Ramkalawan the various conservation projects being carried out by her foundation all around the world, including Seychelles.

She described her visit, including meetings with various local entities involved in environmental protection, as stunning, while praising all the efforts, including researches that are being invested in conservation work.

One particular project in which the Green Teen Team Foundation has been part of is the ongoing tortoise census which started in 2016.

Initially the foundation was not involved in the project, but later got involved following an encounter with local environmentalist Pearly Constance who introduced them to the project.

To boost the tortoise census, principal secretary for Environment, Denis Matatiken, yesterday received 5000 microchips which will be used as unique means of identifying individuals and monitor progress of local tortoises.

Still yesterday, Princess Theodora had a tour of the Botanical Garden where she planted a coco- de-mer nut.

Princess Theodora is the founder of the Green Teen Team Foundation whose objective is to help save endangered species of plants and animals to conserve our planet’s biodiversity.

This is done, in part, by empowering children to be able to make changes to their lives, consequently the lives of others and the life of the planet. 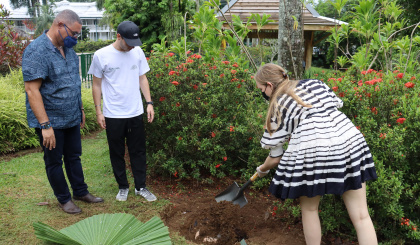