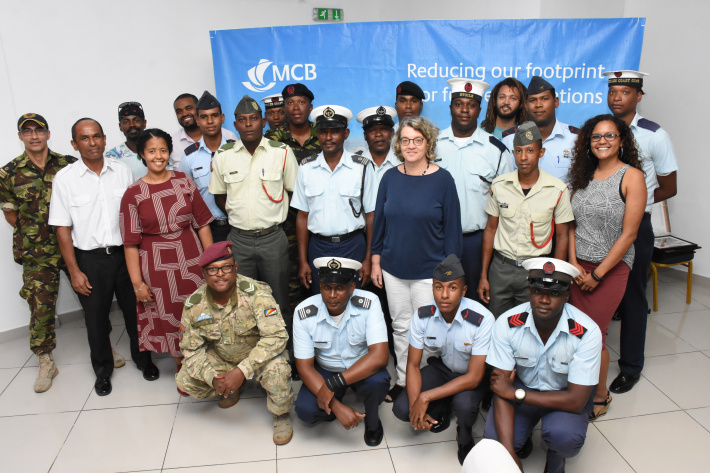 SPDF personnel, volunteers and organisers in a souvenir photo

The team of volunteers who took part in a clean-up project on Aldabra and the sponsors who gave their support, were recognised and rewarded in a short ceremony yesterday.

During the five-week campaign, some 25,750kg of marine debris were removed from Aldabra. A team of 12 people – six Seychellois and six Oxford University students – helped by the Seychelles Island Foundation (SIF) staff and the Seychelles People Defence Forces (SPDF) personnel achieved this feat in the final two weeks.

The project has shed light on the impact of plastic pollution on small islands like ours. The Aldabra clean-up story has kick-started a wave of change both within Seychelles and internationally.

To reward the supporters of the project, the SIF organised a post-expedition reception at the Coast Guard base at Ile Persévérance yesterday. Present were SPDF officers who helped in the clean-up, partners who funded the project and the Seychellois volunteers who took part.

Each SPDF crew member who helped with the project was gifted with a commemorative photo and a branded t-shirt, while the sponsors were given an aerial photograph of Aldabra.

“Without your resolute commitment and untiring help we would not have been able to remove 25 tons of rubbish from one of the world’s most remote and harshest environment,” said the chief executive of SIF, Dr Frauke Fleisher-Dogley.

She added that the SPDF played an essential role in the mission.

“The SPDF on board the patrol vessel Etoile joined our volunteers and staff in moving what had been collected on the beaches over the three weeks onto the small boats and onto the barge,” said Dr Fleisher-Dogley.

She also thanked the sponsors who funded the clean-up project.

“I have to say that when we reached out to over 50 Seychelles-based corporations with the aim of raising half a million rupees nationally, we knew it would be no small feat,” Dr Fleisher-Dogley said.

“I just want to say that these companies through the mechanism of the corporate social responsibility tax demonstrated a clear commitment towards environmental action and believed in us before we would deliver the results,” she stressed.

Jeremy Raguin, a project manager for SIF as well as a volunteer in the project, said the volunteers showed great determination and did not stop working till the last trash bag had been picked up.

“I think the project has been impactful in terms of raising awareness as well as future environmental research that will be conducted,” said Raguin.

He concluded by adding that moving forward, people need to be more aware of what they consume as it may have an environmental impact once disposed of.

Even though the clean-up project has ended, 500 tons of trash remains on Aldabra and it is estimated that it will cost approximately R70 million to completely clear the atoll of accumulative waste. 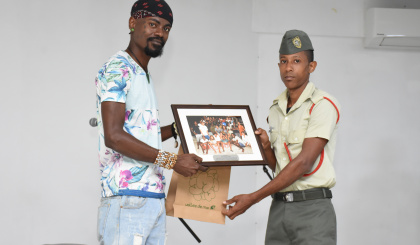 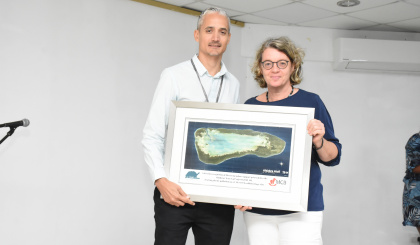