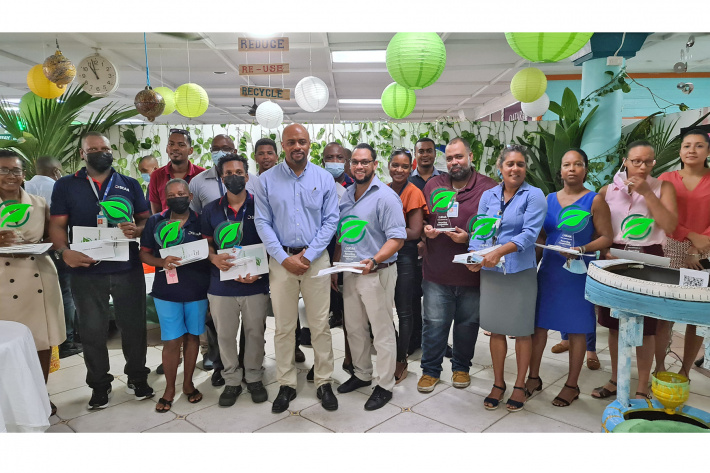 Departments within the Seychelles Civil Aviation Authority presented for the first time last week a project whereby they built interesting concepts and objects out of recycled materials that can be used by the authority.

Such initiative was part of a recycling competition organised at the airport to commemorate World Environment Day on June 5, with the aims of raising environmental awareness within the organisation, encouraging staff to mitigate the impact of single-use items on the environment, encouraging recycling, raising awareness and promoting the circular economy concept.

Staff had two months to work on their projects and were free to choose the materials they wished to work with, with specific requirements and guidelines such as using materials from the environment around them, and that whatever is built, turns out to be useful at the workplace

“Staff participation had surpassed our expectation, the judges were impressed with the qualities of the projects and the different ideas from the participating teams,” said Kurtis Lespoir, one of the lead organisers of the competition.

Furniture, wall shelf, flowerpots and bins made from old tyres, directional signage, engraving, decorating and calligraphy on glass bottles, vegetable garden, an airport maquette and other household objects made from electronic waste, and portraying the organisation's mission and values using office materials were the projects presented by nine teams from different departments in the organisation.

The Information, Communication and Technology team took the first prize as the way they re-used electronic waste from an old server and other technological equipment impressed the jury.

The drivers’ use of old tyres and making them useful again was an original concept hence one of the reasons for their project to be the second-best, while the aesthetic presentation of the wall shelf crafted by the staff from the chief executive’s office ensured that they won the third prize.

While this was the first project initiated by the SCAA’s department responsible for the environment, another competition will follow entitled; ‘Green innovative solution at the airport’ targeting secondary and post-secondary schools.
More information about this competition is available on SCAA website; www.scaa.sc 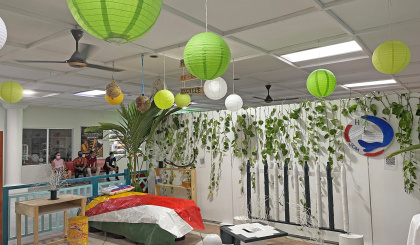 Some other projects that took part in the competition 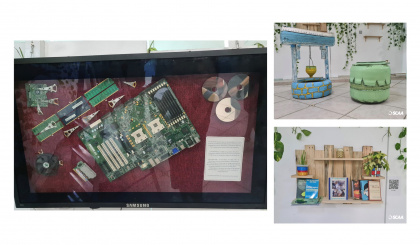