President Ramkalawan (second from left, second row) among other heads of state and government at the CHOGM 2022

As the newest member of the Commonwealth hosting the Commonwealth Heads of Government Meeting (CHOGM) 2022, the President of Rwanda, Paul Kagame, during his welcome address, paid tribute to the Head of the Commonwealth, Her Majesty the Queen Elizabeth for the steadfast leadership and commitment for the continuous advancement of the organisation.

“We join together to pay tribute to Her Majesty the Queen, the head of the Commonwealth, and its most devoted champion. Over her seventy years of service, the Commonwealth has grown, both in number, and in the scope of its ambition. The fact of holding this meeting in Rwanda, a new member with no historical connection to the British Empire, expresses our choice to continue re-imagining the Commonwealth, for a changing world,” said President Kagame.

Rt Hon. Baroness, Patricia Scotland QC, secretary general of the Commonwealth, described the Commonwealth as the most significant grouping of countries of the world. Honouring and reiterating the common values of the organisation as a gift to the future generations.

“The Commonwealth is part of that system – brought together to bring a touch of healing to kinships which were changing, but which continue to bind us. I believe profoundly that the Commonwealth today, in 2022, is a beacon within that international system.  We have shared interests and practical advantages, but we are the most significant grouping of countries in the history of the world which is bound, above all, by values to which we all aspire.

“These values of peace and justice, of tolerance, respect, and solidarity ‒ and our role as the foremost international champion for small and vulnerable states – remain our enduring responsibility. They express a vision for the world that will outlast all of us. They make us different. They make us special. Honouring these values, and that vision is our most sacred trust – and our gift to the generations which will follow. Today, as we gather in the midst of new and decisive shifts in our world, it is imperative that those values shape the choices we will make in the hours and days ahead,” said Rt Hon. Baroness, Patricia Scotland.

Representing Her Majesty the Queen at CHOGM 2022, HRH Charles Prince of Wales said he believes that the Commonwealth is uniquely positioned to achieve positive change in our world.  He urged the world leaders and diplomats present to consider how to define and strengthen their commitment to a common purpose while acknowledging the wrongs which have shaped the past.

“Your Excellencies, if we are to leave the world better than when we found it – and that is our duty and our privilege – we must be bold with our ambition, decisive with our actions, and united in our effort.”

The President will today attend the intergenerational dialogue followed by a private retreat, restricted to only heads of state and government to be held at the Intare Conference Arena in Kigali. 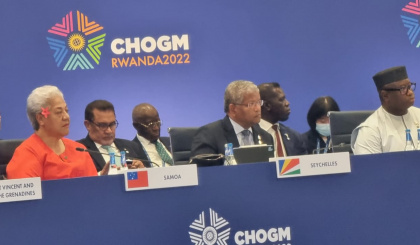 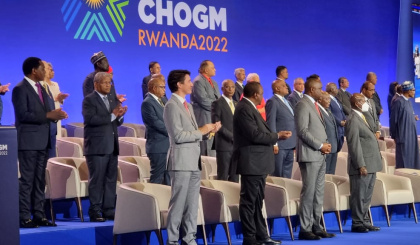 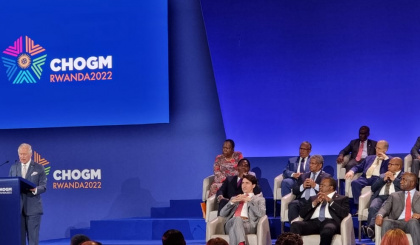 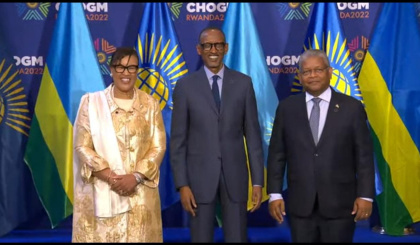