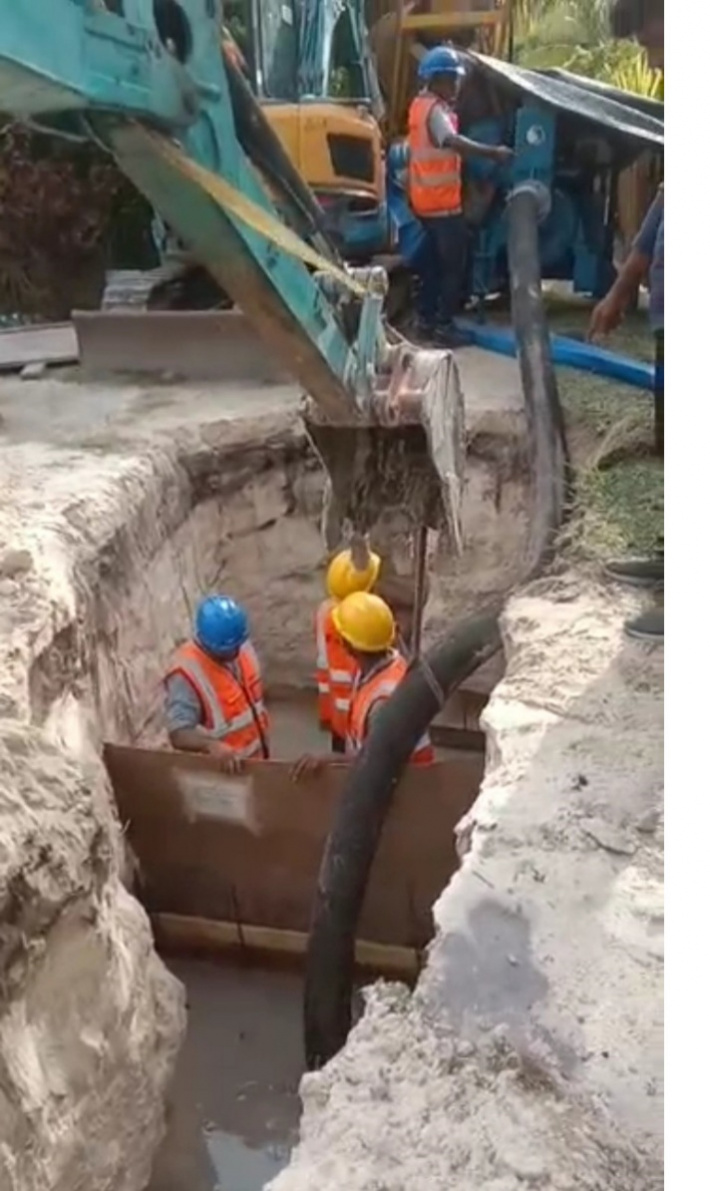 The first component of work to construct a centralised sewerage system for La Digue has begun.

It involves the installation of a sewer collection system along the coast of La Digue.

Work is currently being undertaken off road and will soon extend along the main road, starting at La Passe.

It involves excavation works at an average depth of 1.6 metres for the laying of approximately 20km of pipeline. In view that La Passe is a high traffic area, especially during the day, the Public Utilities Corporation (PUC) has no option but to schedule the work during night hours so as to avoid any inconvenience to the flow of traffic.

The plan is to minimise potential adverse impacts on the island’s daily activities by backfilling areas excavated as soon as sections of pipelines have satisfactorily been installed, so that normal operations may resume the following morning.

PUC is cognisant that the use of heavy machinery during the night will cause disturbances, and will endeavour to complete these works in the shortest delay possible.

Other than having a liaison person on La Digue, the residents of La Digue are advised that a designated email address, ladiguewwtp@puc.sc, has been set up via which they may relay any pressing concerns to PUC during the course of this undertaking.

The work for the collection system are divided into two lots, namely North and South contracts which were awarded to Earth Development Pty Ltd and Ascent Projects Sey Pty Ltd respectively, earlier this year. The contract value for the North lot is R79,314,456.38 and that for the South is R54,895,406.06 (inclusive of taxes). The procurement process for the construction of the sewerage treatment plant is at an advanced stage.

Once completed, the centralised sewerage system should bring about a reduction in the levels of pollution of the ground water and surface water resources, allow for environmentally sustainable developments and the potential for recycling water for irrigation purposes.

These works are expected to be completed within eighteen months after mobilisation of the contractors on site. The centralised sewerage project for La Digue is co-financed by the European Investment Bank (EIB) the French Development Agency (AFD), PUC and the government of Seychelles. 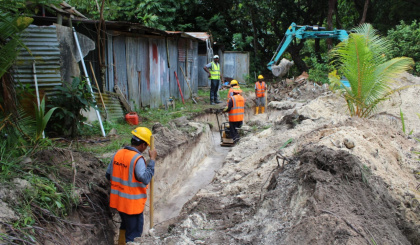