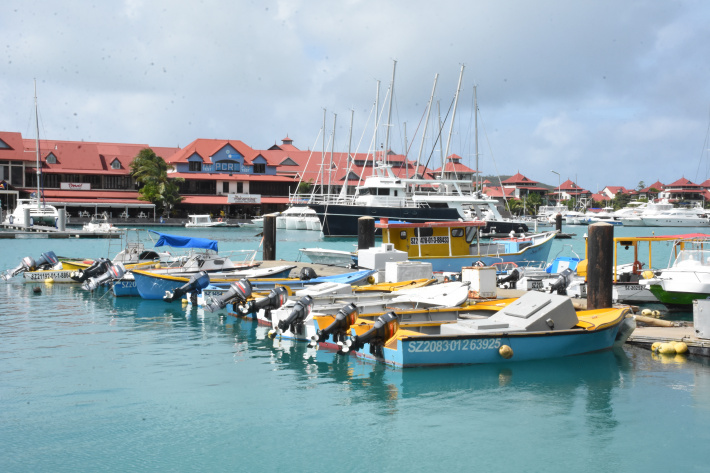 Roche Caiman fishermen have expressed their frustration after reports they will have to move from their current location at Eden Island, and be relocated on the other side of the road, near the Roche Caiman bridge.

Speaking to Seychelles NATION yesterday afternoon, the group led by the chairperson of the Roche Caiman Fishermen Association, Neddy Labrosse, said this would be the third time they are moving.

The fishermen relocated to their current location in 2014, further down from where the first market was located. The property is a private location belonging to Eden Island, which donated the facilities including the market and ice plant.

“We had a market in the past and it was difficult for customers to see us, so we sold our fish on palettes by the roadside, and we were chased by the police. Then the government moved us to this location, gave us an ice plant, said that club cars will transport our fish to the market, and promised we would never be asked to relocate again. And when we are well established, they plan to move us again,” said Derrick Labrosse.

The chairperson of the Roche Caiman Fishermen Association, Neddy Labrosse, said although they have not received anything official, they are aware that alternative arrangements are being made to move them to the other side of the road, alongside the Roche Caiman bridge.

“We have to move whether we like it or not but this is not convenient for us and we want to have a discussion with the authorities and the owner of Eden Island to let them know how this move is not really convenient for us,” said Neddy.

He added that although they understand that they are presently on private property, they do not like the way the relocation is being handled.

“We do not want to move. We are tired of moving. We were given a guarantee when we relocated here that it was the last time. What guarantee do we have that this move being proposed would be the last one, as promised back in 2014,” said Neddy.

One of their customers, who is also a skipper, Gilbert Victor, said the place being proposed alongside the Roche Caiman bridge is also not ideal to for the fishermen to moor their boats.

“They will encounter difficulties to navigate their boats during both high tide and low tide. The bridge is low, and during high tide, there will be limited space to cross, whereas during low tide, their engines are bound to touch the seabed,” explained Mr Victor.

The Roche Caiman Fishermen Association said they have been calling for a meeting since the beginning of the year and they hope the authorities meet up with them soon so the members can air their concerns and grievances.

“We just want to be consulted and we have been told they will meet up before August 15, and I do hope they honour this,” said Neddy.

Seychelles NATION contacted the Minister for Fisheries and the Blue Economy, Jean-François Ferrari, who said a meeting has already been scheduled for Saturday August 6 at the Roche Caiman district administration office, and the Eden Island management will also be represented by its lawyer, Bernard Georges. It should be noted that Mr Ferrari had a brief meeting with the association last Friday.

For his part the lawyer for Eden Island, Mr Georges, said he will not comment at this moment, until the negotiations have been completed with all parties.