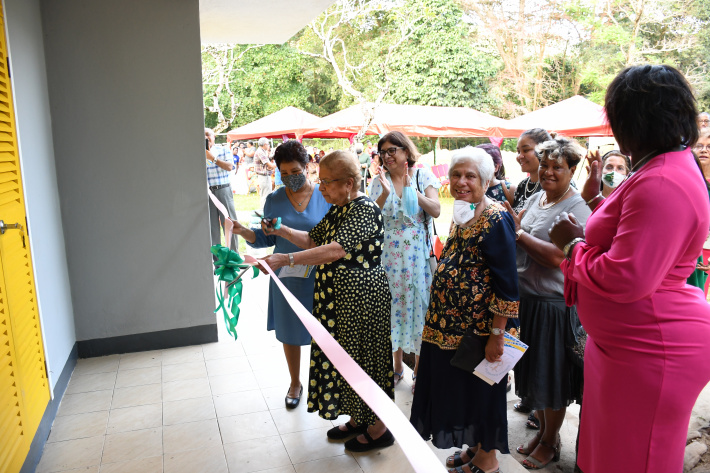 Fourteen residents of the President’s Village, aged between 13 and 17 years, are moving into their new houses following extensive renovation work.

The two houses re-opened their doors yesterday afternoon in a ceremony at the President’s Village in Port Glaud in the presence of First Lady Linda Ramkalawan; the chief executive of the National Council for Children (NCC), Yasmin Umarji, and her staff; sponsors of the project; representatives of the Ministry of Youth, Sports and Family, as well as the children and workers at the village.

When addressing the guests, Mrs Umarji said the project was part of NCC’s strategic plan, as the houses were dilapidated and not conducive for the children.

“I had many sleepless nights thinking how we are going to improve the accommodation. I looked at the budget in 2020, there was nothing. However Ms Brigitte (Balette) said not to worry, as Soroptimist and Round Table have been here, and have supported us. They have pledged funds,” said Mrs Umarji.

She added that together with the village’s manager, Ms Balette, they started knocking on doors and this bore fruits.

One of the houses is sponsored by Soona Oliaji and Temooljiee & Co. Ltd and it has been named Soona’s Cottage. Mrs Oliaji said she wanted to contribute positively to the President’s Village and leave a legacy.

The second house is sponsored by the Round Table, Soroptimist, the Mauritius Commercial Bank and the Chinese embassy.

Round Table’s former president, who was there at the beginning of the project on 2019, Alain L’Etourdie, explained that the funds used to restore the house was pledged funds of Regatta 2019, which could not be held due to the pandemic.

He has thanked the other sponsors and said Round Table was committed towards future collaborations.

“Apart from improving the quality of life of the children, another goal as sponsors was to design and build a tangible template that could be reproduced easily. This will greatly facilitate the task or planning future restoration works on the other 2 houses,” said Mr L’Etourdie.

For her part, the representative of Soroptimist, Vanessa Lesperance, said the organisation’s members were honoured to be at the momentous occasion, as the organisation always strives to help the country and assist its citizens. She also commended the NCC team.

“We believe in dreams and the power of collective effort to achieve them. This is precisely what the National Council for Children has accomplished, and we commend our sister Soroptimist, Mrs Yasmin Umarji, and her wonderful team for their foresight and dedication in making it possible for the children of the President’s Village to live in safe and comfortable homes,” she said.

It was First Lady Linda Ramkalawan and the sponsors who cut the ribbon to unveil the houses and the plaque. This was followed by a blessing.

The two new houses, which are over 30 years old, have received new roofing to make space for upstairs rooms. Other works include refurbishment of the entire interiors, new pantry, and new electrical plumbing and en suite for children.

The work was done by Daniel Lesperance of SID consulting for almost R1 million.

Mrs Umarji has thanked him and his team for offering to undertake the project with the available funds from NCC.

The NCC’s CEO also thanked the other private contributors who have made this project a reality within two years and called on other sponsors to come forward.

“These two houses have been built by private entrepreneurs, private businesses and private sponsors, and I thank them fully and deeply. It’s a community-based project, they have given their time and worked at a reduced rate. I thank God for giving them that courage, patience and the determination to make this happen,” she said.

Ms Balette said the older boys will be moving into the two houses, which now have three double beds and 1 single bed each.

“At their age they need privacy, for studies and their personal time for reflections and I am happy that this has materialised as it formed part of their aspirations. They asked and we listened and delivered,” said Ms Balette.

Meanwhile the NCC has announced that renovation work on the two remaining houses and a playhouse will start next week after the Minister for Finance, National Planning and Trade, Naadir Hassan, visited the place an agreed to finance the project.

The project is expected to be completed by December. 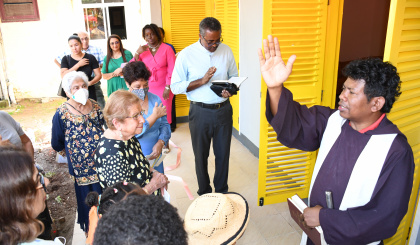 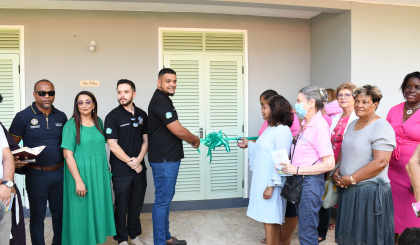 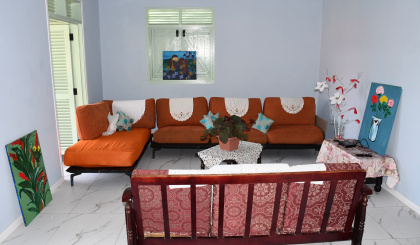 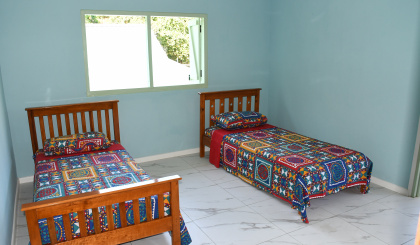 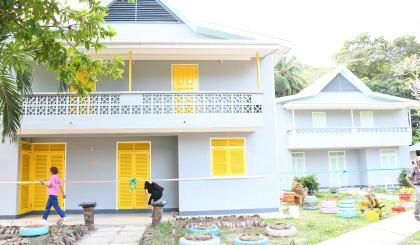