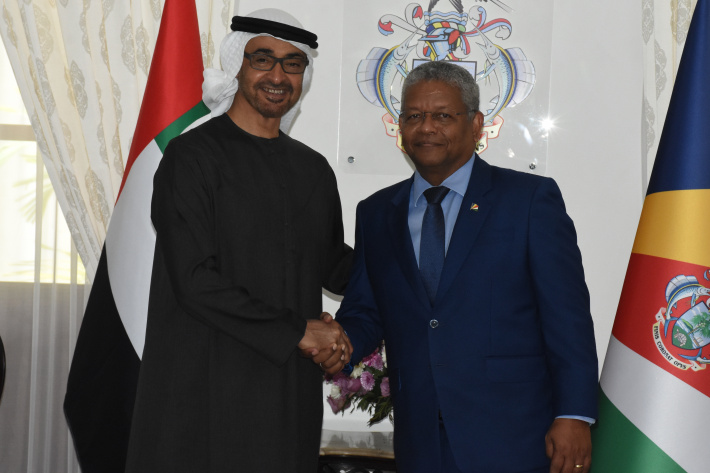 The President of the United Arab Emirates, Sheikh Mohammed bin Zayed Al Nahyan, who is presently on holiday in Seychelles, paid a courtesy call on President Wavel Ramkalawan at State House yesterday morning.

The two heads of state held talks behind closed doors.

This was followed by the signing of the guest book by Sheikh Mohammed bin Zayed Al Nahyan.

The President of the United Arab Emirates was on his first official visit to Seychelles since his election on May 14, 2022, following the demise of his brother, the late H. H. Sheikh Khalifa bin Zayed Al Nahyan.

Seychelles and United Arab Emirates established diplomatic relations in December 1982 and the two countries have since implemented various projects of mutual interest.

Over the years, Seychelles has benefitted through various socio-economic projects including housing, health and education.

In April this year, Seychelles signed an agreement with the United Arab Emirates to modernise and transform its public service.

The UAE is also funding the construction of a new state-of-the-art hospital at L’Union Estate, La Digue, through a donation of around $4 million. 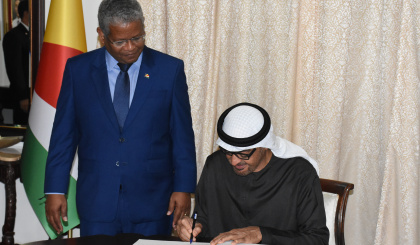