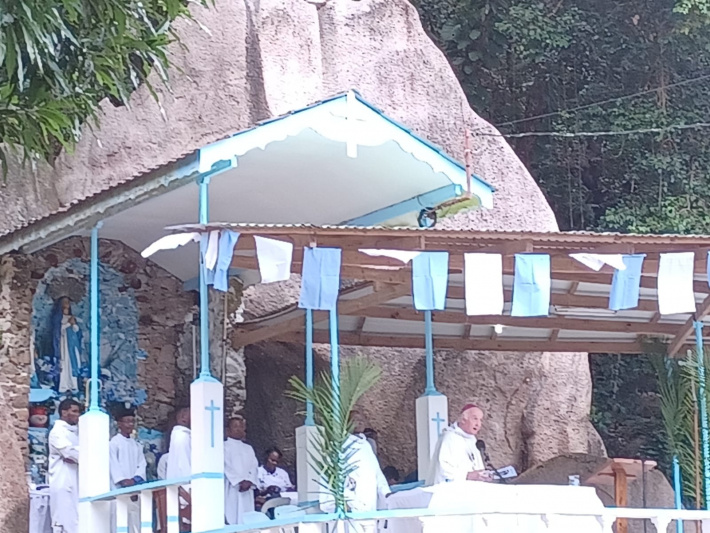 The new hospital under construction on La Digue will be called Saint Mary’s Hospital, the Bishop of the catholic Diocese Alain Harel announced yesterday during a solemn mass to celebrate the Feast of the Assumption on La Digue.

Bishop Harel made the announcement during his homily.

“Following the announcement for people to come up with a name for the hospital, a number of propositions were received and the Cabinet decided to  retain Saint Mary’s Hospital as the official name of the hospital and I was asked to make the announcement,” Bishop Harel said.

Also during his homily Bishop Harel commended the large number of families whom he has seen coming to attend the mass and he also congratulated all the faithfuls who had braved the windy condition and the rough seas to reach La Digue for the special mass.

After a hiatus of two years that the Feast of the Assumption had not been celebrated, this year after the Covid-19 measures have been lifted a large crowd of visitors and locals from all corners of the country had converged on the island since Friday for the celebrations.

While many people went there for the different activities like fun fairs, musical entertainment, sale of different items and products taking place at La Passe since Friday as well as to meet their Diguois friend, others went to attend the solemn mass and procession celebrated on August 15.

Since his appointment at the head of the Catholic diocese in September 2020, it is

the first time this year that Bishop Alain Harel presided over the celebrations and led the traditional procession from the grotto to the church. 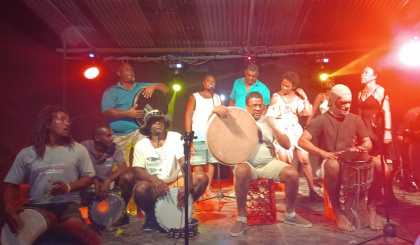 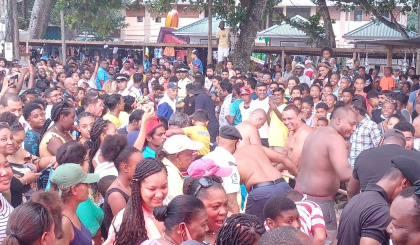 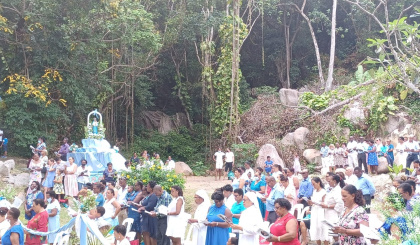