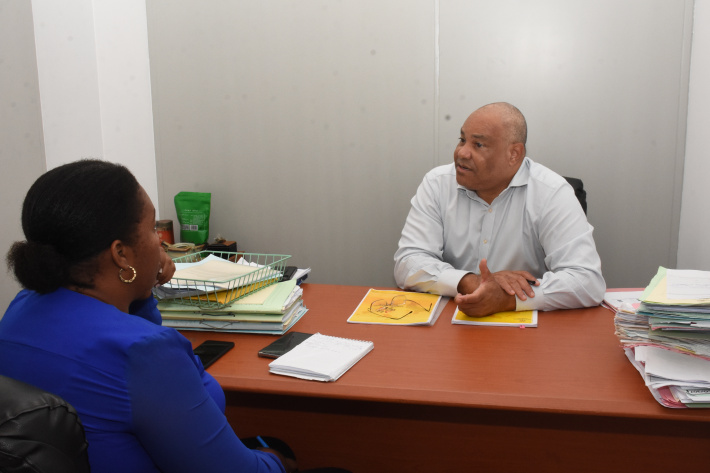 Public consultation on a draft Sexual Offences Bill will start soon, according to the Attorney General’s Office.

His comment followed the release of new statistics from the Social Affairs department this week, showing a total of 119 confirmed child sex abuse cases for 2021 and 35 so far during the first quarter of 2022, which has once again prompted debate about child protection in Seychelles.

The draft bill emanates from the report of the Child Law Reform Committee, which was set up in April 2020 and tasked with reviewing child protection laws as part of governmental response to sexual and child abuse.

The committee, spearheaded by former Chief Justice, Dr Mathilda Twomey, and involving lawmakers and agencies working with children, was convened by former president Danny Faure in April 2020, following the criminal case, Republic vs ML and Ors, in which three men were sentenced to varying prison terms for a range of sexual offences committed against several young girls.

It presented its report in June 2021 and since then the Office of the Attorney General has been working on the draft law which is now ready for public consultation.

Speaking to Seychelles NATION yesterday, Mr Ally said the proposed bill addresses not only sexual offences against children but how to address challenges faced to date by his office when prosecuting such cases. One of these is evidence to prosecute these cases.

“It is not that we are not prosecuting sexual offence cases but in many instances we do not have enough evidence, for example we do not have scientific evidence. This is something we should consider introducing. At times the children are too young and cannot give evidence in court,” said Mr Ally.

According to the office of the attorney general, sometimes the victims are as young as two years old and cannot speak and they need the corroboration as support.

It should be noted the youngest reported case of sexual abuse in Seychelles was in 2005 against a six-month old baby, who later died of the injuries.

The prosecution said other issues include non-completion of investigation, complainant who are too scared to give evidence about what happened to him or her, or victims who drop the case, either because they are too traumatized or due to the passage of time, where they feel they have moved on in life.

“Sometimes there is family pressure which forces them to drop the case because it could be the person who is alleged to have committed the offence is a close family member, for example a partner or a cousin or brother,” explained Mr Ally.

Although Seychelles NATION could not get the total number of child sexual cases being prosecuted to date, Mr Ally said “there was a substantial number of cases pending for the institution of criminal proceedings”.

To date, under the Penal Code, the highest sentence imposed for sexual assault is 25 years imprisonment and this was against one of the three accused in the case R v ML &Ors Cr S 63/19.

Mr Ally explained that now that the scope of sexual offences has been widened, others such as grooming and solicitation, sexual communication with a child, public harassment and catcalling will also be covered under the proposed law.

Another proposal is to raise the age of consent, which is presently 15 years old.

“What the child law reform has introduced is not only with regard to offences but also what method the police should be using when investigating a case. We are also reviewing how a child gives evidence, where an initial statement to the police will be accepted in court, without the person having to present the same statement in person. But of course, he or she will be cross-examined,” explained Mr Ally.

The bill also considers increasing number of years for sentencing. It also makes all forms of sexual abuse or exploitation a crime, provide guidance on the treatment of children who commit sexual offences and how the criminal justice system should handle them, as well as make provision for a similar age defence where the accused and victims are close in age.

Another provision is to enhance protection for child victims and witnesses and victims of sexual offences.

The AG’s office said the public consultation will be announced soon and advises the public to consult its website for the draft bill which will be published shortly.