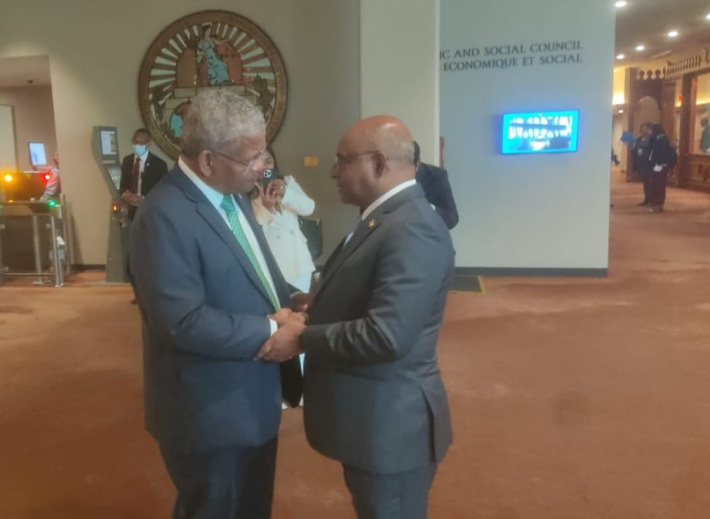 On the sidelines of the 77th session of the United Nations Heads of State and Government General Assembly, President Wavel Ramkalawan, who is currently leading the Seychelles delegation in New York, also took part in various side events strategic for Seychelles.

The bilateral discussions have been of crucial platforms of networking and important discussions with key partners and stakeholders of Seychelles.

The president participated as one of the panellists at the African Heads of Government Climate Finance Dialogue hosted by Africa Investors (Ai) and the UN Special Adviser on Africa (OSAA). At their invitation, President Ramkalawan was a keynote speaker on the panel of discussion under the guided theme ‘Partnerships and Opportunities to implement Investable NDCs, Agenda 2063 and the sustainable development goals (SDGs)’.

President Ramkalawan also attended the Blue Leaders 30X30: Catalyzing action for a Global Network of Highly and Fully Protected Marine Areas and a strong new High Seas Treaty event which was held at the Plaza hotel in New York.

The event was being hosted by the governments of Belgium and Nigeria, where President Ramkalawan was one of the Blue Leaders Heads of State who addressed the audience.

Dr Earle is a National Geographic Society Explorer in Residence, and is called Her Deepness by the New Yorker and the New York Times, Living Legend by the Library of Congress, and first Hero for the Planet by Time Magazine.

Familiar to Seychelles, Dr Earle took the opportunity of the meeting to brief President Ramkalawan on her past expeditions and works in Seychelles as well as engage in fruitful discussions of how Mission Blue can further support Seychelles in its environment conservation efforts.

She is due in Seychelles soon for a mission on Aldabra accompanying Prince Albert of Monaco.

In his capacity as the vice-chairperson of the SIDS DOCK Initiative, President Ramkalawan also delivered a virtual statement at the 7th Session of the Assembly of SIDS DOCK. SIDS DOCK is an initiative among member countries of the Alliance of Small Island States (Aosis) created to help SIDS transform their energy sectors and address adaptation to climate change in line with UN sustainable development goals (SDGs).

While at the UNGA77 in New York, the President also had the opportunity to network with various world leaders during a closed-door High Level meeting of the Aosis, limited to Heads of State or Government focused on two core objective discussions namely, progress for the Adoption of a Multidimensional Vulnerability Index (MVI) at the UN and Establishing Funding Arrangement to Address Loss and Damage at COP27.

President Ramkalawan was assisted by Ambassador Ian Madeleine and other staff from the Ministry of Foreign Affairs.

The accompanying photos show some highlights of President Ramkalawan’s meetings on the sidelines of UNGA 77. 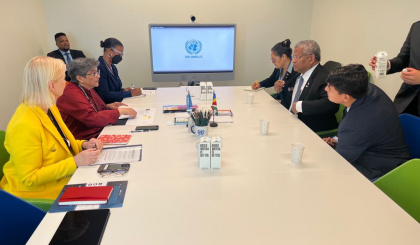 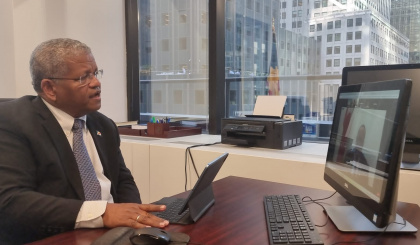 President Ramkalawan during the 7th Assemby of SIDS DOCK 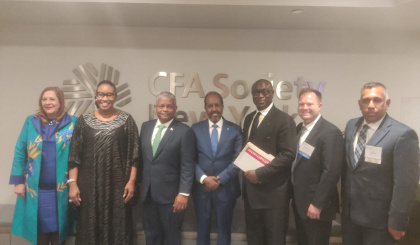 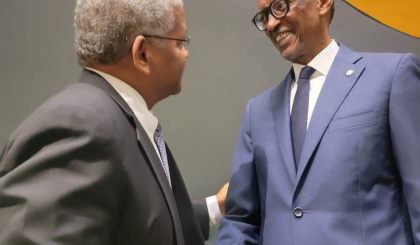 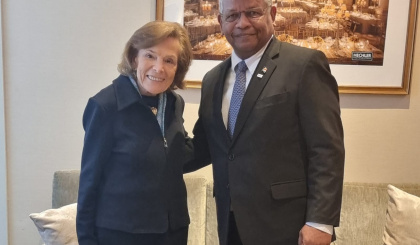