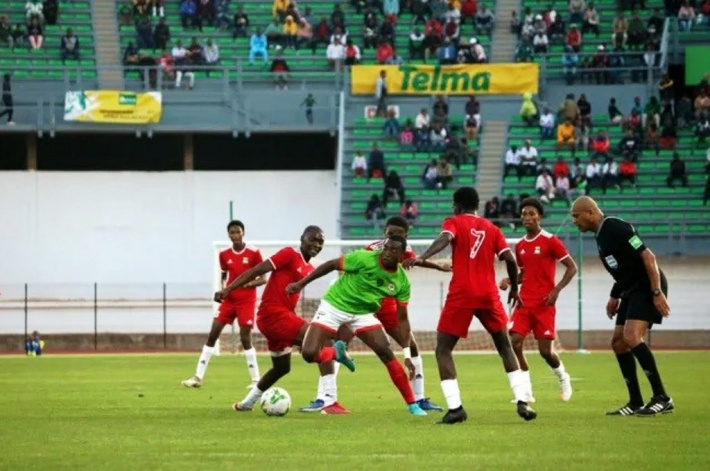 Their dream was to qualify for the Olympic Games, but the Seychelles national under-23 football team have learned that the journey to the Olympics is very hard.

Drawn against Madagascar in the first round of the TotalEnergies Under-23 African Cup of Nations qualifiers, the Seychelles team played both the home and away leg matches away at the Kianja Barea Mahamasina Stadium in Antananarivo, losing 1-12 on aggregate score.

The return ‘home’ leg match was also played at the same venue on Tuesday September 27 and Seychelles took an early third minute lead through Assad Aboudou with a left-footed shot from outside the penalty area, but the boys of coach Cliff Nolin could not hold on to it as the Malagasies had more firepower and pummeled them 1-7 this time.

The Seychelles Football Federation (SFF) opted for the team to play the return ‘home’ leg match in Madagascar because Stad Linite has not be certified by the Confederation of African Football (Caf) to host international matches.

The SFF took the decision so as not to incur extra costs as Seychelles has for a while now been playing ‘home’ matches in Mauritius. Since the Malagasy team also cut down on the travel expenses, they in return paid for Seychelles to stay in Madagascar for the return match.

Madagascar will now meet former winners Gabon in the second round of the Under-23 Africa Cup of Nations qualifiers which are also referred to as Morocco 2023 since Morocco will host the final group stage of the competition in June 2023.

Former winners Nigeria, Gabon and Egypt, Ivory Coast, South Africa, Algeria, Ghana, Senegal, Cameroon and Mali are the 10 teams who skipped the first round by earning direct places in the second round.

The 14 winners will then move into the third round of qualifying, scheduled for March 2023, to determine the seven teams who will join hosts Morocco for next year's continental event. The top three from the tournament in June will qualify to represent Africa in men's football at the Paris 2024 Olympics.

To harbour the hope of qualifying for the Paris 2024 Summer Olympics, Seychelles had to make it past three qualifying rounds to reach the group stage and then finish in one of the top three positions in the TotalEnergies Under-23 African Cup of Nations finals.

It is to note that 14 of the 20 players who represented Seychelles in Madagascar are less than 20 years old and the remaining six 21 years of age.

The players who made the trip are: