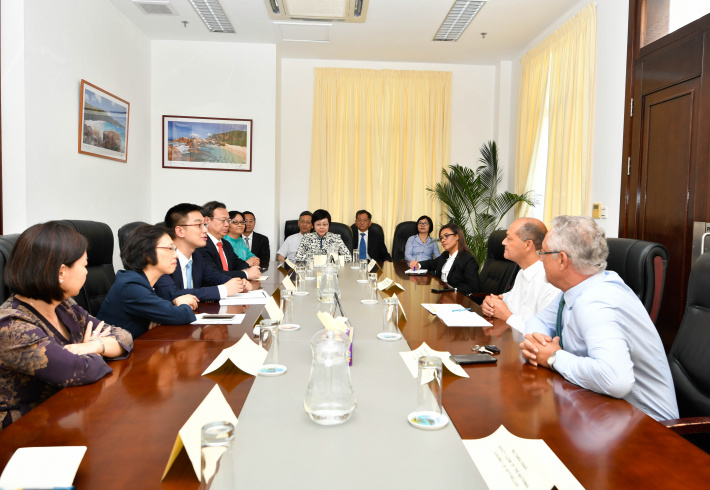 The meeting between the two delegations

Ms Yin was accompanied by the Chinese ambassador to Seychelles Guo Wei and high-level officials from the different committees of the People’s Congress.

The friendly discussions focused on strengthening the partnership between the National Assembly of Seychelles and the Shanghai Municipal People’s Congress.

Speaker Prea expressed appreciation for the strong long-standing bilateral relations between Seychelles and China and spoke of the ongoing work of the 6th National Assembly.

Both delegations spoke of the various areas of common interests that could be developed between the two countries including maritime security and tourism.

Ms Yin took the opportunity to extend an invitation to a delegation of the National Assembly of Seychelles to visit Shanghai in Spring 2020 for the tentative exchange visit with the National Committee of the Chinese People's Political Consultative Conference. 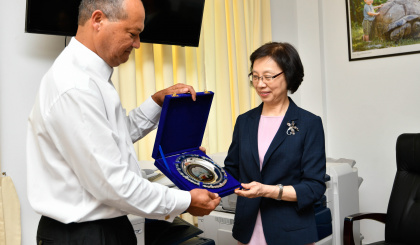