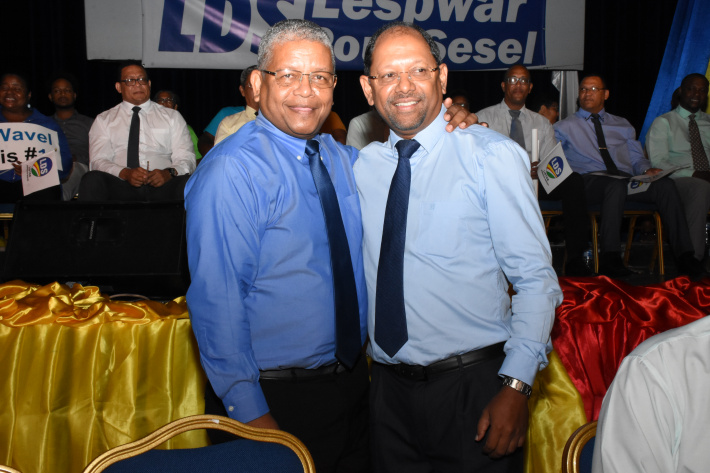 With a bid to provide the electorate with a candidate 'pli for ki Faure' (stronger than Faure), Linyon Demokratik Seselwa has endorsed Wavel Ramkalawan as its presidential candidate.

It will be the sixth time that the priest turned politician stands as a candidate in the presidential election.

It is to be noted that he was the only candidate to submit an expression of interest to stand as the party’s presidential candidate in the 2020 election.

His candidacy slogan, 'Wavel 2020', was also officially launched yesterday in the congress.

Speaking at the event, Mr Ramkalwan stated that his political journey has been rigorous and difficult but he has been able to persevere thanks to the encouragement of his supporters.

“It is our unity which annoys our opponents and we will continue to forge ahead on the road we have travelled thus far,” Mr Ramkwalwan stated.

He noted that in the most recent elections, his running mate had been Nicholas Prea (2011) and Roger Mancienne (2015) but noted that his choice for vice- president is a reflection of the new blood and parties that have joined the opposition’s struggle.

Ahmed Afif was the former principal secretary for finance and from 2007 onwards was instrumental in helping the government to design and implement a major macro-economic reform.

“The party has provided me with the privilege to choose the person who I wish to be my running mate, my vice-president and I have done so. It was easy and yet difficult to do so because, as you know, LDS has many potential persons who could become the vice-presidential candidate,” Mr Ramkalawan explained.

“It was easy however in the sense that all of my colleagues were in support of the person I was proposing as my running mate.”

“This candidate started off in another party but today we should not refer ourselves as SNP or Lalyans or any other grouping; today we are all LDS. This person whom I have chosen is one who is calm and maybe I need someone who is much calmer than I am[…] Moreover it is good for me to have someone by my side who has had more experience than I have – he has been in the government once and knows how it operates,” Mr Ramkalawan said.

“Not only that, but he is also competent and when some say that our opponent’s government turned the tides to ensure that we were on the right economic path, it was not them who did this but the person whom I have chosen for vice-president.”

The congress also saw the presentation of the party’s report by its secretary general Simone De Commarmond as well as its financial report by Treasurer Roy Fonseka which was subsequently approved by those present. 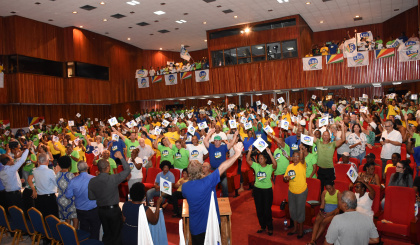 The ambience during the congress yesterday

US laments government’s decision in relation to Air Seychelles |16.06.2021

US to discuss changes to party Constitution at Congress |31.05.2021