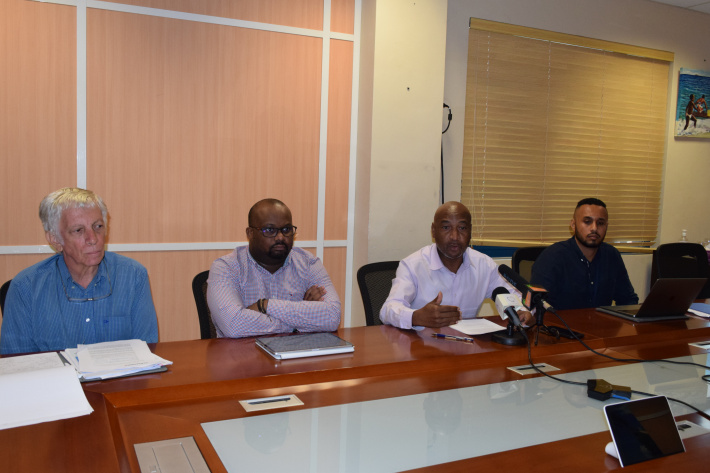 Seychelles has successfully concluded negotiations for a new fisheries agreement with Taiwan, which when enforced will maximise the economic benefits to the country.

The agreement pertaining to Taiwanese vessels fishing in Seychelles’ waters was concluded following the second round of negotiations in Taiwan last month.

Applicable for a term of three-years, the agreement will come into effect on January 1, 2023, following official signing.

Principal secretary for Fisheries, Roy Clarisse, yesterday noted the various changes since the last agreement was concluded in 2007, including provisions to cap the fleet of vessels to 100 annually, instead of 240 vessels which was previously allowed.

“This also forms part of our responsibility as a coastal country to ensure that we do not open our territories to all vessels and as many as can fish, but that we also make an effort to ensure that fishing in our waters is done in a controlled and responsible and sustainable manner,” he stated.

The licensing framework and fees have also changed, with six-month licenses increasing from US $17,500 to US $25,000, while one-year licenses have increased from US $24,000 to US $33,000 per year. In reviewing the license fees, the Seychelles government also revised the licensing modalities, as data indicates that the peak season for long-line industrial vessels is from October to March, and with the aim of maximising revenues, six-month licenses are to end within the same calendar year in which it was issued. This means vessels wishing to take full advantage of the peak season are obligated to obtain two licenses.

Having observed that these vessels only fish in Seychelles’ waters but do not have any other connections with Seychelles or the market, the new agreement makes provisions for such long-line vessels to make at least one port call to port Victoria annually, for instance, for transhipment and landing. Initially, this is applicable to 50 percent of vessels, and is to increase by 10 percent annually until the end of the agreement.

“This will also mean more revenues for other entities, through bunkering with the Seychelles Petroleum Company (Seypec), and while in port, other services such as stevedoring. This will allow us to benefit more economically, and not just from license fees as was the case under the previous agreement,” PS Clarisse added.

In line with obligations of the Indian Ocean Tuna Commission (IOTC) which include proper data reporting in a timelier manner, government has ensured provisions for the implementation of an Electronic Reporting System (ERS) on board these vessels.

Government during the negotiations placed emphasis on ensuring transparency of the agreement, towards becoming compliant with the requirements of Fisheries Transparency Initiative's (FiTI) standards.

The previous agreement which was in place before comprised a non-disclosure clause guaranteeing confidentiality, but such provisions have been removed, meaning the agreement, and others going forward will be available in the public domain.

A mid-term review is due at 18-months.