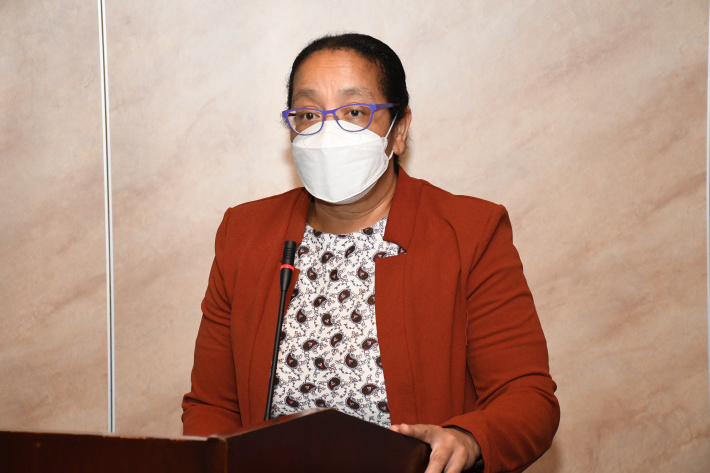 Staff from the Ministry of Health, the Ministry of Agriculture, Climate Change and Environment, and from the private sector, are taking part in a two-day educational workshop to share best practices with regard to preventing antimicrobial resistance (AMR) in the country.

The workshop taking place since yesterday morning at the Savoy Resort and Spa, Beau Vallon, is the first activity in the country to commemorate World Antimicrobial Awareness Week 2022 under the theme, ‘Preventing antimicrobial resistance together’. The awareness week is a global campaign that is celebrated annually from November 18-24 to improve awareness and understanding of antimicrobial resistance (AMR) and encourage best antimicrobial practices among the public, One Health stakeholders and policymakers, who all play a critical role in reducing the further emergence and spread of AMR.

Apart from raising the awareness and understanding of AMR, the objective of the campaign is also to promote the optimisation of antimicrobials, to inform the community and health workers about factors that promote and to share good practices to mitigate the threat of AMR.

AMR threatens the effective prevention and treatment of an ever-increasing range of infections caused by bacteria, parasites, viruses and fungi. It occurs when bacteria, viruses and fungi mutate and no longer respond to antimicrobials making infections in humans, animals and plants harder to treat. As a result, the antimicrobials become ineffective and infections persist in the body increasing the risk of spread to others. Antimicrobials – including antibiotics, antivirals, antifungals and anti-parasitic – are medicines used to prevent and treat infection in humans, animals and plants.

In her opening remarks, the acting principal secretary for Health, Dr Susan Fock-Tave, said that antimicrobial resistance is real and so is the threat that it poses to modern medicines which is very scary.

She noted that the decline in the discovery of antibiotics in the 1970s along with irrational prescribing and irrational use, have contributed significantly to the threat of AMR.

Due to the amount of cases of irrational use of antibiotics in the country, Dr Fock-Tave called for more education on the matter to the public by the professionals in relation to why they should complete the doses, among other medicines, and why they should not share them with other members of the family.

She noted that medical professionals should take the responsibility to explain to their patients about medicine they are prescribing.

She said that every single person in the country has a role to play to combat AMR and that the workshop is a booster that will surely help on improving the best practices.

Taking the podium, the principal secretary for Agriculture, Keven Nancy, said that while antimicrobials play a critical role in treating diseases of food producing animals (aquatic and terrestrial) and plants to help ensure food security, AMR poses a risk to animal health and welfare, food systems, livelihoods and economies.

He noted that the multi-sectoral intervention (one health holistic approach) to tackle AMR will help achieve the sustainable development goals for food and nutrition security.

On his part, the Commissioner of Health, Dr Jude Gedeon, said that as AMR is one of the world’s most urgent public health problems at the moment, with the potential to affect people at any stage of life, work must continue to educate and to sensitise, and to find solutions to mitigate its effect.

He congratulated the team who has taken the challenge on increasing awareness of AMR and he thanked the World Health Organisation (WHO) for supporting the cause.

In a written message for the occasion from the regional director for WHO African region, Dr Matshidiso Moeti, the organisation is happy that our country is among nations to have developed an Antimicrobials Resistance National Action Plan to counter the threats of AMR.

The workshop, which continues today, was highlighted yesterday by different presentations from various speakers.

According to one of them, Lindy Leon, principal pharmacist, Ministry of Health, R250,000 was spent by the ministry on extended spectrum antibiotics for treatment of patients in the primary health care setting for 2021 while over R1 million was spent on restricted antibiotics (antimicrobials) in the first three quarters of 2022, in the Seychelles Hospital, compared to the same amount spent for the whole of 2020.

Among the pharmaceutical challenges, she noted that the ministry lacks pharmacists to assist in the monitoring of antibiotic prescriptions to ensure that they are being prescribed for the right indication.

The participants in the workshop are public health experts, prevention and control experts, clinicians, pharmacists and agriculture and animal health experts, including the chief executive of the Health Care Agency, Dr Danny Louange.

Colorectal cancer screening programme on Praslin to start on January 28 |24.01.2023