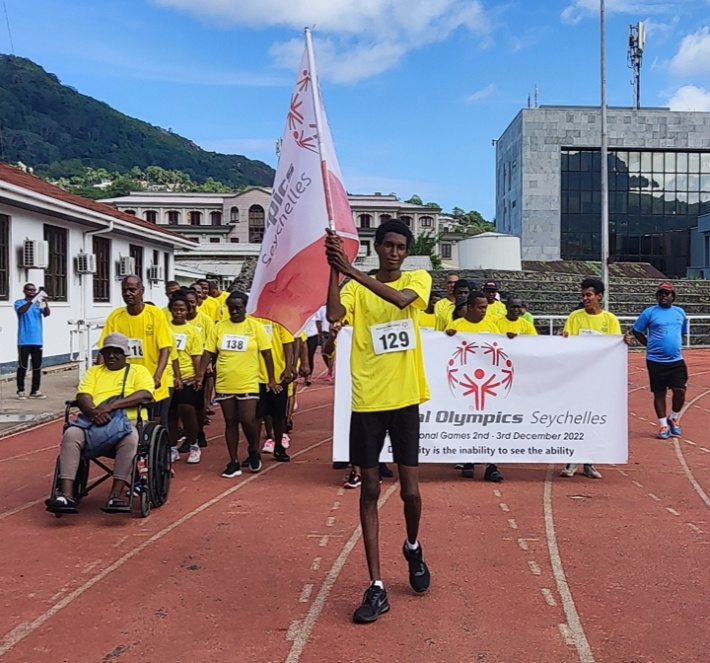 Seychelles will be represented at next year’s Special Olympics World Games which will be held in Berlin, Germany from June 16-25 by 10 athletes who will take part in bocce, track and field athletics and power lifting.

The athletes were selected on Saturday during day two of the 11th National Games of the Special Olympics Seychelles which also coincided with International Day of Persons with Disabilities, which is on December 3.

The Special Olympics World Games offer the opportunity to unite the world like no other event can, where people with and without disabilities, people of different nations, cultures, political views and religions meet and can overcome existing prejudices with the power of sport.

For the event, Germany will be welcoming 7,000 Special Olympics athletes and unified partners from approximately 170 countries to compete in 24 sports. The athletes will be supported by more than 3,000 coaches and 20,000 volunteers.

Jacob Chang-Time and Rosie Coralie are the back-up athletes, while the spot for a power lifter is still open.

The 11th games were officially launched on Saturday at the Stad Popiler by board chairman of the Special Olympics Seychelles Raymonde Onezime, in the presence principal secretary for family Clive Roucou, national coordinator of Special Olympics Hellen Ernesta, coaches, volunteers, athletes and parents.

The athletes competed in 10 different track and field events which were divided into different age groups, while it is also worth noting that even if the official launch of the Games was done on Saturday, competitions were already in full swing on Friday at the La Promenade sports complex which hosted bocce and football.

As for Seychelles’ representatives at next year’s World Games, the county received 10 quotas for the Games, including six bocce players (three male and three female), three track and field athletes (two male and one female), along with one power lifter.

For bocce, a pair has been picked from the three main islands, while for athletics, the names of all first-place finishers in the various events were put in a bag where three names were picked.

The names of male and female athletes’ names were put into different bags for a fair selection process.

On behalf of Special Olympics Seychelles, Ms Ernesta thanked all the sponsors for the generous contributions towards the successful organisation of the event, also the coaches, parents and volunteers for their continuous support towards empowering the athletes, thus developing their confidence, helping them to live a better life by realising and using their full potentials.

Since the first Special Olympics International Games in 1968, the world has transcended the boundaries of geography, nationality, political philosophy, gender, age, culture, and religion to come together every two years for the Special Olympics World Games.

Alternating between summer and winter, the World Games have become the flagship event of the Special Olympics movement and have grown to be an international demonstration of inclusion, acceptance, and unity.

All around the world our athletes train and strive to achieve their very best every day.

For the athletes and their families, the experience opens doors to unimagined possibilities.

For volunteers, coaches, and other supporters from all parts of the world, the Games inspire hope for and belief in a brighter future of global acceptance, understanding, and unity.

The accompanying photos were taken by Roland Duval and Elsie Ernesta during the 11th National Games. 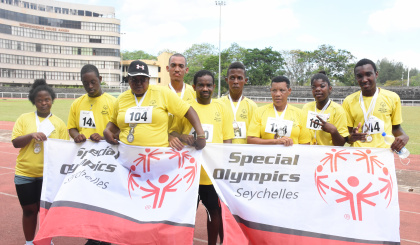 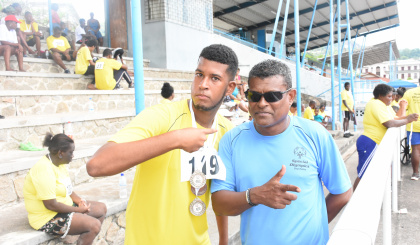 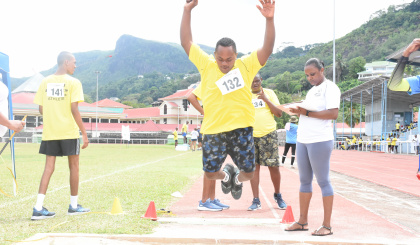 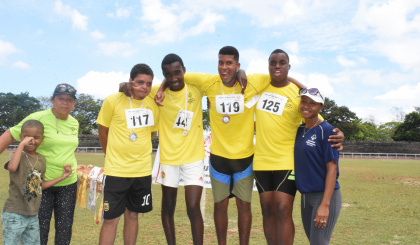