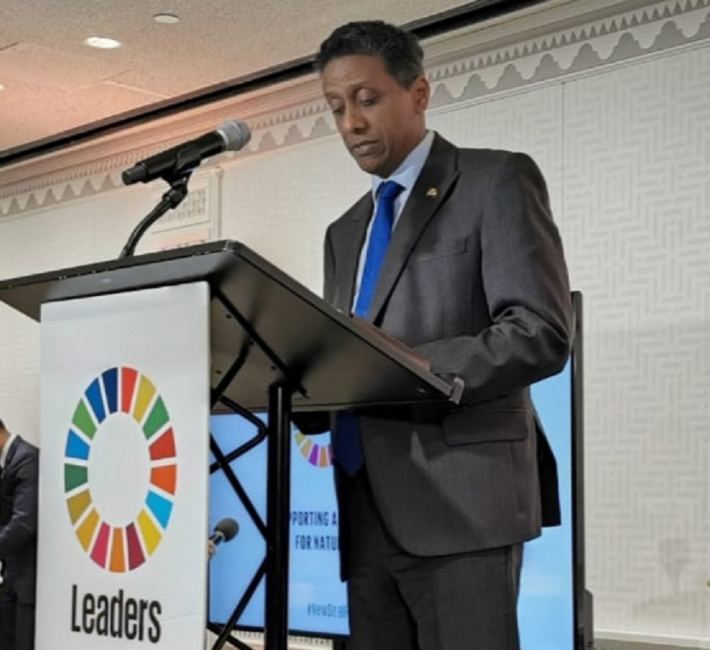 ‘The environment needs to be protected at all costs’ – President Faure

President Danny Faure has urged leaders from other developing countries to take heed of the devastating impact being inflicted on the planet, and our role as guardians and the last generation that can take action.

Mr Faure was speaking at the United Nations headquarters, New York, United States of America when he joined the panel of leaders from other developing countries at the high-level event hosted by World Wildlife Fund (WWF) entitled ‘the leaders’ forum on a new deal for nature and people’.

“We have the responsibility, the means and the power to choose the Planet Earth we will leave our children. I agreed to take part in this event in support of anEmergency Declaration for Nature and People in 2020 because I believe the environment needs to be protected at all costs,” said President Faure.

“We are losing forests, ecosystems and other habitats at an alarming rate with the greatest loss of biodiversity ever recorded in the history of humankind. Our ocean, vital to Seychelles as a large ocean state than most, is more polluted and stressed than ever, to the extent that there could be more plastic than fish by 2050.

“The concentration of carbon dioxide in the atmosphere is the highest it has ever been in the last three million years, with the five warmest years on record occurring in the past five years,” President Faure stressed.

He also placed emphasis on real life devastating impacts of climate change particularly its effects on small island developing states and the dangers of isolated and fragmentary approach.

“Seychelles agrees that 2020 provides a momentous opportunity for world leaders to take a series of global decisions on nature, the ocean and climate that will set the direction for our planet’s future. I call on all leaders to rally around this cause for nature and people, and believe in the power of our collective efforts to shape a future of which we can all be proud,” noted President Faure.