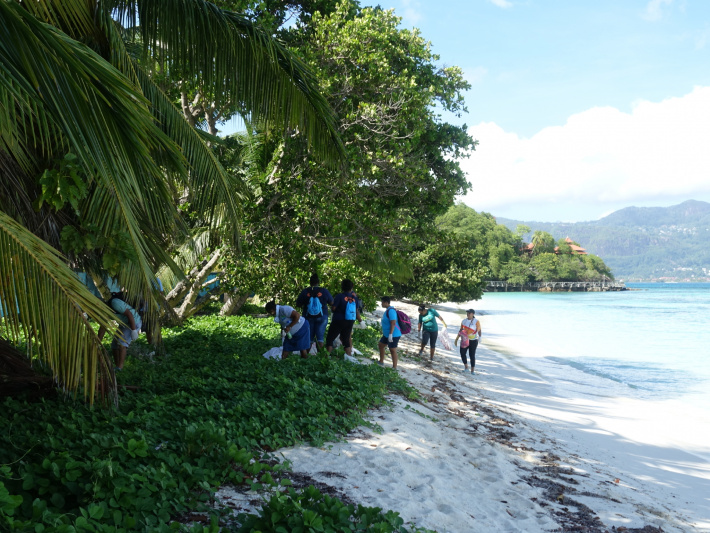 A team from the Seychelles National Parks Authority (SNPA) and the Cerf Island Conservation Programme (CICP) implemented by the Marine Conservation Society Seychelles (MCSS) were in the Ste Anne Marine Park on the main clean-up day, Friday September 20, to remove marine debris from beaches on Ste Anne island.

The 22 staff from the two organisations cleaned three beaches on the island, namely Anse Cabot, Anse Marie-Jupe and Anse Cimetière.

Both organisations are happy with the collaboration and hope to do another similar activity in the marine park, soon.

Beach clean-ups are important, as they prevent rubbish from returning into the marine environment, where they continue to harm marine life. Troubling images of fish stomachs filled with plastics, turtles trapped in ropes and hermit crabs mistaking plastic cups as shells, have been captured in recent times.

Leo Barret, project leader for MCSS, said: “Our team is removing marine debris everyday on Cerf Island. This collaborative activity with SNPA emphasises the power of cooperation in the success of marine conservation at the Sainte Anne Marine Park.”

SNPA staff Dainise Quatre, who was cleaning that day, remarked: “I was pleased to see a lack of plastic bags among the rubbish but I was very disappointed with the large quantity of Styrofoam pieces we collected. Besides clean-ups I believe we should all do our part to stop littering!”

Marine parks are places that should be free from pollution; however, since the sea is an open area, it is very easy for marine debris to find its way into the marine park.

Besides cleaning Ste Anne Marine Park, SNPA team organised a variety of successful clean-up activities on various sites around the country. On Curieuse, there was the Dive Against Debris (DAD dive), in collaboration with dive centres on Praslin. There were also clean-ups in the Praslin National Park, in the Veuve Reserve. On Mahé, staff cleaned Anse Major beach, Copolia Trail, Casse Dents and Grande Anse Forestry Station. 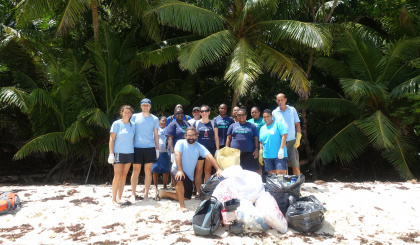 The two teams happy with their efforts 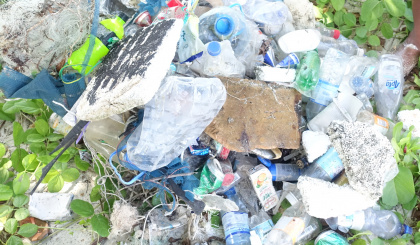