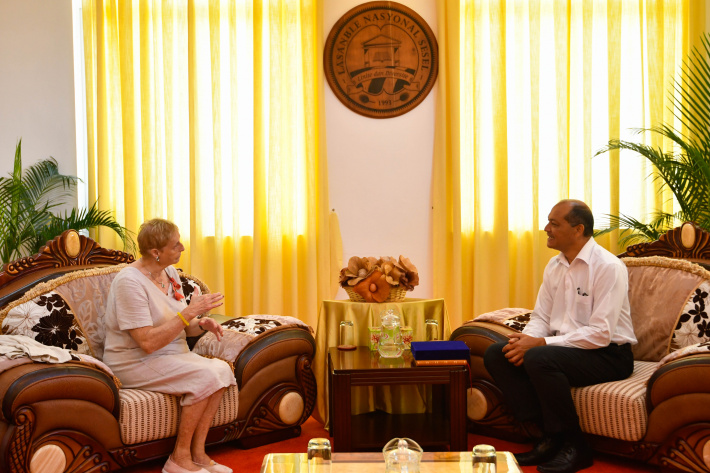 Speaker Prea, who was accompanied by the deputy Clerk, Tania Isaac, welcomed Hon. Bell and during the meeting both Speaker Prea and former Speaker Bell shared best practices between the two parliaments.

The discussions also involved topics such as the crucial reconciliation process that is currently going on in the Seychelles which was also experienced by Northern Ireland. The focus was on institutional and policy reform and the importance of collaboration and unification for the peaceful governing of a Nation.

Former Speaker Bell was accompanied by May De Silva, chief executive of the Anti-Corruption Commission of Seychelles. 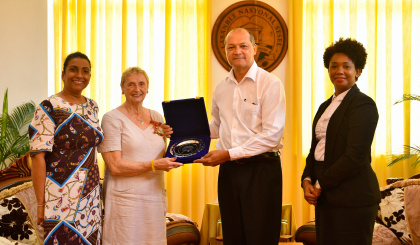