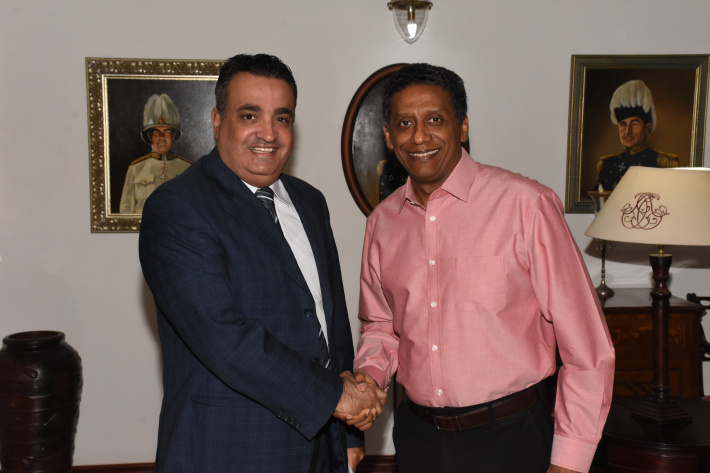 The ambassador of the State of Kuwait to the Republic of Seychelles, Mubarak Mohammad Alsehaijan, paid a courtesy call on President Danny Faure at State House yesterday morning.

Ambassador Alsehaijan, who was accredited last July as the new ambassador for his country to the Republic of Seychelles, said he and President Faure discussed the enhancement of diplomatic relations between Seychelles and Kuwait, both economically and politically.

Also present during the discussion at State House yesterday were the principal secretary for foreign affairs, Marina Confait, and other officials from the same department.

Ambassador Alsehaijan is based in Dar-es-Salaam, Tanzania.