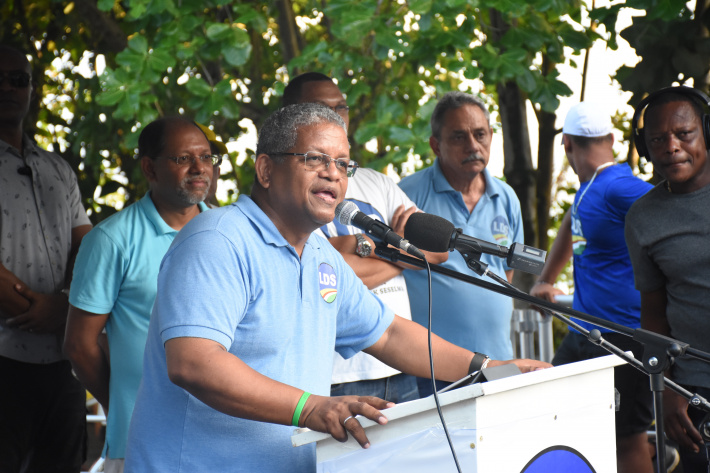 The meeting was the first since LDS announced Wavel Ramkalawan and Ahmed Afif as its presidential and vice-presidential candidates for next year’s elections during the party’s convention at the International Conference Centre on Sunday September 15, 2019.

Presidential candidate Ramkalawan said “LDS has a special mission for 2020, to reconstruct Seychelles, make sure Seychelles belongs to Seychellois, give the country and its people back its dignity, to live like brothers and sisters, and that Seychelles should become a model in Africa and the world”.

Mr Ramkalawan added that “LDS will eliminate the drug scourge, improve the education system to make Seychellois the best educated in the world so that our children can attend the best universities and come back to further develop Seychelles”.

He noted that “methadone should be given at the hospitals and clinics like any other drugs, Apdar (Agency for Prevention of Drug Abuse and Rehabilitation) should not exist because it is being used as a political tool. Escobars (drug lords) are walking free and LDS believes that drugs should not enter the country. We need a country where we can live in security, where no one will steal from our homes, places are lit up so women are not afraid to walk, a more effective police force, the civil service needs reorganising, and Seychellois need solutions for their problems. LDS would be a government of action, take decisions when and where necessary. Above all, we want a nation where the law applies to all from the lower workers to the highest ranked people (President). United Seychelles (US) didn’t want to vote on the motion to remove a President’s immunity. We need equality of opportunities. We need to make people understand that working hard is part of the party’s ethics. Everybody should go home as an LDS activist.”

As for LDS vice-presidential candidate Afif, he said: “Change is necessary and we want to finish the march we have started with a victory in 2020. To people who just joined LDS, change is necessary because for 42 years we’ve had the same group of people who have ruled the country and we need to change the way we do things. We need people with new ideas. Presently, we have a government that has no solutions. LDS will ensure that Seychellois will be the priority. All Seychellois have the ability to work. We will make sure the private sector gets the support it should so that any Seychellois can create a business instead of relying on foreigners. Small businesses are concerned over foreigners taking up existing opportunities. They buy land but don’t do anything on them. Yet Seychellois do not have the same chances. The field is not level. No one dares challenge the big businesses who make big profits and yet do not declare their exact incomes and don’t pay taxes as they should. If you vote LDS, the situation will change: the lives of Seychellois will improve, there will be more houses, lower electricity rates. LDS members should go find the 3,000 youths who have not registered to vote. Go and campaign and convince everyone to vote for LDS.”

Party leader Roger Mancienne said: “Put your trust in Wavel and Ahmed because they can out seat Danny (Faure) and his government who has been in power for more than 40 years. 2020 will be a magical year for Seychelles because we will get an elected government by Seychellois. We need a responsible government, one that takes care of public funds, takes care of the land, and gives equal opportunity to all Seychellois.”

Bernard Georges, elected member of the National Assembly for Les Mamelles and the La Misère residents’ representative lawyer in the polluted water case at La Misère, spoke of the incident and how it should never have occurred.

He promised that “such would never happen under a LDS government”, adding that they are “fully behind the La Misère victims”.

The meeting saw entertainment by Georges Payet, Ras Ricky and other artists. 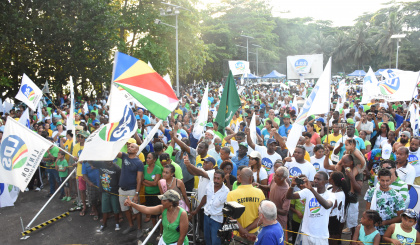