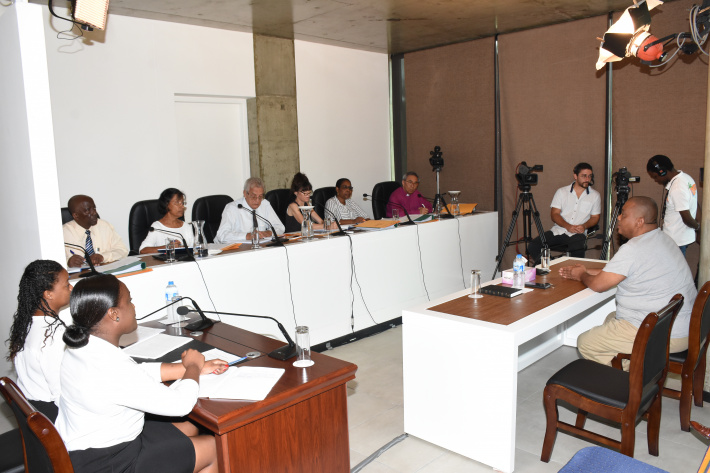 Mr Ernesta before the commission

On the first day of its second session yesterday, the Truth, Reconciliation and National Unity Commission (TRNUC) heard evidence from several witnesses and complainants pertaining to alleged human rights violations during the Coup of 1977 and subsequent years.

He noted that the army was created to defend the party in power and in order to qualify to serve in the then named, Seychelles People’s Liberation Army (SPLA), individuals had to be a member of the party.

“The army used to crush enemies of the revolution. The police was seen to be too thrown towards colonial masters and the leaders did not trust members of the police,” he noted.

Mr Ernesta attributed many of the atrocities committed by the army to the officers and army leaders being poorly educated in military affairs.

“Senior soldiers were used by leaders for their own financial endeavours. It was frowned upon by other soldiers and most of the time, you would be run out of the army,” he said.

“Commanders of the early times had their own feuds with people and they would use the army to settle their personal vendettas. The soldiers would be ordered to bash somebody up and it was not viewed as illegal at the time,” Mr Ernesta said, noting that there was no avenue for victims to go to seek redress.

Mr Ernesta went on to state that there was corruption at the highest level, mentioning two particular instances involving illegal drug transactions where he arrested the suspects, but they would later be released under the orders of then President James Michel. One of the cases involved 200 kilogrammes of hashish, alleged Mr Ernesta.

“It was then I realised how serious corruption is at the highest level. So that is when I told the Chief that I quit and stopped operations,” he said.

He further stated that after he quitted as the Chief of Operations, he too was under surveillance and felt as though his life was in danger. He was offered a course to Dublin all paid for by the government but he was told that upon completion of the course he should not return to Seychelles. It must be noted that many of the events retold by Mr Ernesta occured between 1977-1993 and after the year 2000.

The second witness to appear before the commission yesterday was former Commissioner of Police Raymond Louise who was expected by the commissioners to outline his role on the board established to manage the memorial fund from which the families of the three men killed during the coup, including Davidson Chang-Him, were to benefit from financial help.

However, Mr Louise stated that he has no recollection of the fund and how it was managed or administered, despite his name appearing on documents linked to the fund.

Former Governor of the Central Bank of Seychelles Francis Chang-Leng’s name was mentioned several times in relation to the board appointed to manage the Liberation memorial fund established in 1977, from which the family of Davidson Chang-Him claim they did not benefit.

Mr Chang-Leng noted that he was the chairman of the board between the periods of 1992-1995 but was unaware of whether payments were made to Mr Chang-Him’s widow and children. He proposed that the fund may have been administered by the Ministry of Education.

Julien D’Offay appeared before the commission as a complainant after he and his family were forced to leave the country and seek political asylum in England and his property at Anse à la Mouche illegally acquired.

He noted that former President James Michel threatened to execute his family if he did not leave the country and that when he left, former President France Albert Rene stated on the radio that he was “public enemy number one”.

Mr D’Offay thinks that he was targeted since his wife refused a position as a teacher and because he opposed the idea of the National Youth Service (NYS) for his seven children.

Mr D’Offay alleges that he was arrested and detained at the Anse Boileau police station before he was transferred to the Anse Royale police station. During the arrest, he was hit with the back of a gun causing damage to two of his ribs which he had to have operated on while in England.

Furthermore, his property at Anse à la Mouche where Oceanic Restaurant stood, was illegally acquired during his absence despite not owing any loans or having any debts. According to Mr D’Offay, the land measured around 3 acres. He was compensated with a plot at Au Cap which he says is much smaller than his original plot.  Mr D’Offay is seeking compensation for the acquisition since it appears that the land has been sold. The said plot allegedly comprises blocks of flats.

During the afternoon hearing, the commission heard evidence pertaining to the Davidson Chang-Him shooting on June 5, 1977 at the Central Police Station.

Francis Bradburn, a former police officer who was on duty at the time ‘Son’ Chang-Him was shot, provided his account of events.

He noted that on that afternoon, he was just outside the station cafeteria when he heard the shot. He was then instructed by then Commissioner of Police James Pillay to “pick him up”.

Mr Bradburn recalled that he went over to where ‘Son’ lay on the ground, Dr Ferrari came down from upstairs and looked at the body without touching it and instructed the officers to take him to hospital.  He, and fellow officer Solano Savy picked ‘Son’ up and placed him on a stretcher and in the back of the Land Rover and drove him to the hospital.

The commissioners were interested to know who was at the station at the time and the role they played. According to Mr Bradburn, prior to the shot being fired, then Commissioner Pillay was on the balcony along with former President James Michel, who according to Mr Bradburn was dressed in guerilla clothing, former President Rene and Dr Maxime Ferrari. He noted that Mr Rene also came down from the balcony and did not look at the body, but rather crossed the road (to where the Continental store is located) and looked over from there.

“Davidson was lying face down, clearly shot in the back. The bullet went through his body and out and hit a green Rover that was parked, belonging to Dr Ferrari,” Mr Bradburn said.

According to Mr Bradburn’s account, the man who shot ‘Son’, whom he did not identify, walked away from the scene after shooting him. His account regarding the shot was also consistent with that of other witnesses who pointed out that there was a large gaping hole in ‘Son’s’ chest, which would indicate that it was an exit wound.

Mr Bradburn was requested to indicate where the incident happened and where ‘Son’s body lay on the ground on a sketch of the police station drawn by Commissioner Green.

He further noted that after the incident, they returned to the station and it was as if it was business as usual and that there was no entry in the occurrence book and that they were not even instructed to chalk where his body had laid.

The commission ended yesterday’s session by hearing from another complainant Aman Chang-Seng who claims he was unfairly targeted and dismissed from his job as a surveyor and that he has been refused employment since.

Mr Chang-Seng noted that he joined the survey division in 1961 and was made a draftsman in April 1966. He was further promoted to senior draftsman in May 1970 and again as chief draftsman in 1984. However, in May 1986, he received a letter and was advised to take leave and advised to stay away from the survey division without any stated reasons. On May 7, he received another letter from the Ministry of National Development, informing him that he had been dismissed from government services with immediate effect without any reasons.

After a letter to the president contesting the dismissals, he was informed by the president that it was “in the public interest”.

Mr Chang-Seng attributed his dismissal to being affiliated with persons considered as enemies of the state. He noted that he is the brother-in-law of Carlette Tall, the wife of Hassanali, who was considered a threat to the state and the system.

“We were living on the same property as I bought a piece of land from their mother,” he stated.

Mr Chang-Seng further added that it was extremely difficult for him to get a job following the dismissal and that his family has suffered greatly in subsequent years.

He was also asked about the nature of the work he carried out at the survey division during his employment. 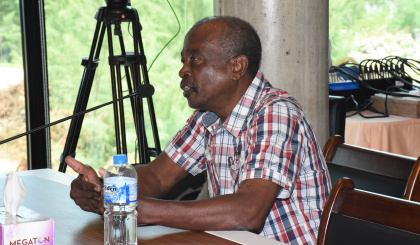 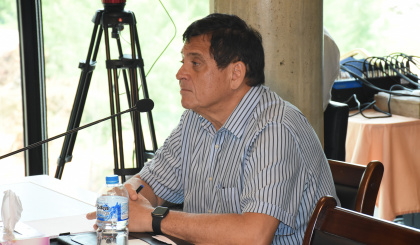 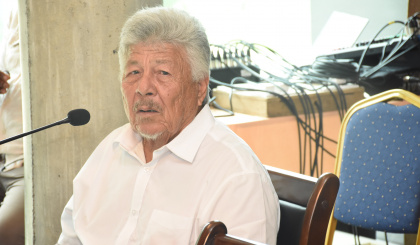 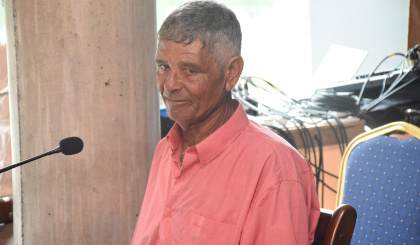 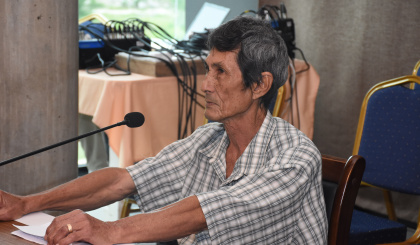