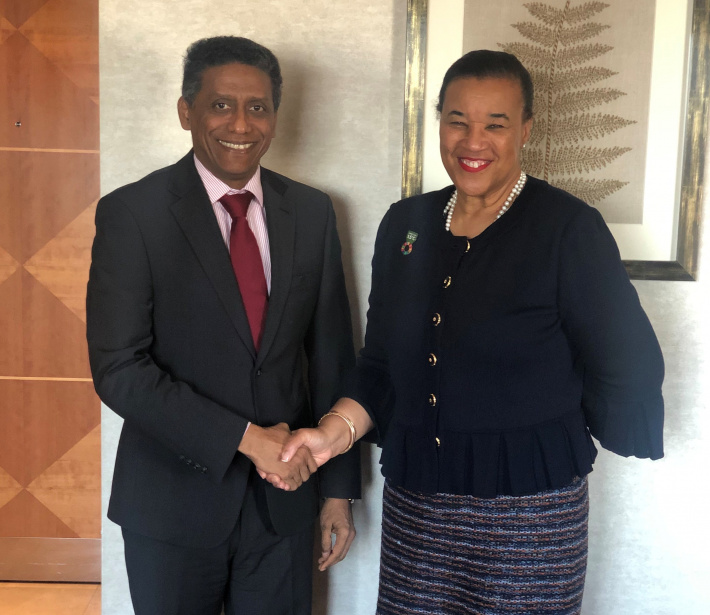 President Faure in the company of Baroness Scotland

The secretary general commended Seychelles for its leadership across the world and across the Commonwealth in ocean conservation and climate action.

She noted how Seychelles continues to set an example to fellow member nations and particularly other small island states on how size does not limit innovation.

Baroness Scotland committed the continued support of the Commonwealth secretariat to the sustainable development aspirations of Seychelles, including in the areas of capacity building, data management, and accessing green financing.

President Faure thanked the secretary general for her consistent support, and explained that Seychelles would have 30% of its economic exclusive zone protected by early next year.

He expressed his gratitude for the assistance extended by the Commonwealth in various fields of cooperation, particularly the Blue Economy and climate finance advisor.