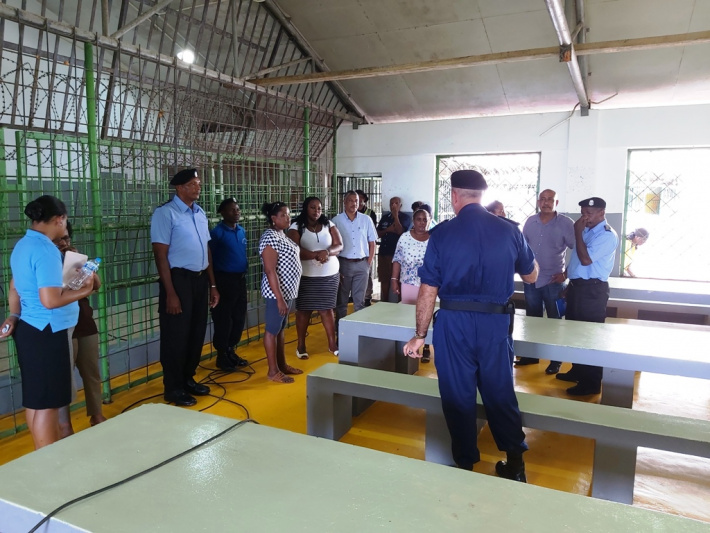 A first in a series of planned meetings with members of the National Assembly and key districts was held on Friday October 25, 2019 at the Montagne Posée Prison.

This first meeting, which was attended by Phillip Arissol, elected member of the National Assembly of Anse Boileau, along with district administrators from Anse Boileau, Au Cap, Anse Aux Pins, Pointe Larue and Anse Royale, provided an opportunity for the prison authority to brief them on prison statistics, incidents as well as project updates.

They were taken on a tour of the facility which took in the renovated kitchen and dining hall, and within the male prison block, one residential section currently being renovated and upgraded.

It is the plan of the prison service to renovate all residential inmate blocks with improved ventilation and lights. The renovations also include repairing damaged toilets, plumbing and showers. A long awaited laundry facility will address further sanitary issues, once completed and commissioned.

The districts represented had been selected either because the main prison facility borders them such as Anse Boileau and Au Cap, or because the prison authority has identified certain community projects which it would like to carry out and have firmly been planned for 2020 with the support of those districts.

“Appreciating those members of the national assembly have busy schedules we have opted to hold a number of meetings with those we have reached out to so as to accommodate them. Our first meeting provided the MNA and district administrators first hand insight into our operations, plans, issues and our progression,” says a communiqué from the Seychelles Prison Service.

The meetings will continue with invitations sent to members of the National Assembly representing Au Cap, Anse Aux Pins, Pointe Larue, and Anse Royale. The prison service is therefore grateful to the office of the leader of the opposition and leader of government business as well as the Ministry of Local Government for the presence of the district administrators.

The accompanying photos, provided by the Seychelles Prison Service, show the delegation during their tour of the facility as well as listening to a presentation. 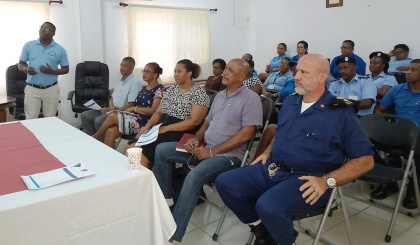 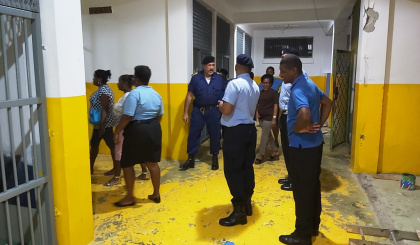